Where Ya From? Origin and Influences

“I couldn’t see so why bother?”, this is Syd Nathan’s response to dropping out of school in the ninth grade. Nathan, a ninth-grade dropout would go on to found arguably the most influential record label in the United States and the genre of R&B. He launched the supposed country label in 1943, in Cinncinati, Ohio. However, in 1945, at the end of World War II, there was a serious need for the rhythm and blues and Syd Nathan was not going to miss out on an untapped market. In fact, Nathan would continue the trend of going where the money is by merging his business baby, Queen Records, and his shark, King Records. All of this is to say that although King Records had a humble beginning, majorly influenced by the Hillbilly population and country music; the biggest influence was always money.

Whatcha Got? The Elements That Make King Records Special

King Records possessed many elements that made it one of the most memorable record labels ever, although three specific elements helped to define the label. The first is the “diversity” of the label. I use that word in the sense that this record label produced music for anyone from country lovers to people who appreciated the low notes of the blues. The second is the production process, everything from recording to shipping out records happened right there at King Records. The third and final element is the record label’s roster, it possessed more stars than the sky on a clear Georgia night. But we’ll get into that more in the next section.

The R&B artists that made King Records relevant in the development of R&B are also artists that played key roles in the growth of other genres such as rock & roll or the expansion of genres already explored such as country music. One thing is important to note, King Records ensured that they held some of the music world’s star players.

Roy Brown was no stranger to the R&B charts, in fact "Hard Luck Blues" was just one of his many hits. It is most known for the melodic crying that blurred the lines of blues and R&B.

Dupree was only with King Records for two years, 1953 - 1955. However, during his last year he enjoyed his only R&B hit, "Walking the Blues".

Otis Williams and the Charms

Otis Williams, the true target of Syd Nathan, belonged to a group called Otis Williams and the Charms. Their first hit, "Hearts of Stone" was a big one, earning them a #1 spot on the R&B charts for nine weeks.

The social implications of King Records are important because although music by African Americans was already being published, it was not presented in this manner before. Black people singing the blues, black people being educated in more than one style of music, white people directly drawing inspiration from the creative beings that are blacks?!?! It was an absolute madhouse. King Records did a lot of good by allowing America to see the interactions between people only interested in producing art, it allowed for crowds that didn’t all look the same to enjoy the same things. The commodification of the era that was King Records can be summarized in one sentence; Syd Nathan made bank, period.

The influence of King Records cannot be exaggerated, that’s how big it was. King Records has been credited with making Cincinnati the birthplace of Rock and Roll, further enlarging the genres of R&B, country, blues, and others. This powerhouse helped to develop a blueprint for future record labels no matter what genre they focused on.

It is not hard to see how King Records was able to become such a force to be reckoned with. I can appreciate how much King Records contributed to the evolution of not only African American music but African Americans in music. However, I do think it is important that when studying this company as an ally of the African American music genre, people take into account possible motives. All while researching this label and watching people talk about Syd Nathan I was made painfully aware of the fact that he, and in turn the label, was motivated by money. Not that this is a problem, but King Records could easily have a different role if the commodification of black music wasn’t realized. But hey, that’s just what I think. 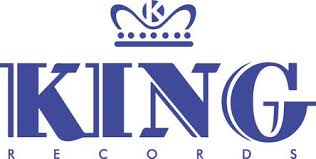