Jhene Aiko: Healing Through The Arts

Jhene Aiko: Healing Through The Arts

Jhene Aiko, famous R&B singer and songwriter, is one of few artists in this day and age to use her voice for social activism and advocacy. Through the traumas of pain and personal experience, Jhene Aiko uses her growing platform to support mental health awareness and healing through the arts. She does so through her music and more recently through the release of her latest major project: M.A.P. Through this essay we will explore the ways in which Jhene serves as a vessel of enlightenment in her music career.

Who is Jhene Aiko?

Aiko (Jhené Aiko Efuru Chilombo) was born on March 16, 1988 in Los Angeles, California. Being raised around her two older sisters who formed a girl group, she began her career at an early age, debuting her vocals with B2K in 2002 as a playback singer. Building her underground buzz through the release of several singles and mixtapes, her music career catapulted in the year 2013, landing her a spot on Drake’s Nothing Was The Same tour. Her single, 3:16 also released that year, giving her voice notoriety by a host of listeners.

Having a close relationship with her family, she was struck extremely hard when her brother and closest friend fell ill from cancer and died in 2012. In her music, you can hear the pain that this traumatic experience caused. Her first mixtape, ‘Sailing Souls’ had more of an R&B/ Pop cadence in the content of her lyrics, but after this tragic death, her music took a dark turn that can be heard in her EP “Sail Out”. This EP is full of sorrow with songs like 3:16 and Comfort Inn Ending. You can also hear the effects of her brother’s death on other parts of her life, specifically relationships with men. Her debut album Souled Out walks us through failed relationships, but it also pinpoints a turn in her mental well being with more positive, upbeat tunes. In this album, she uses her brother as motivation and encouragement rather than the source of her troubled mind. 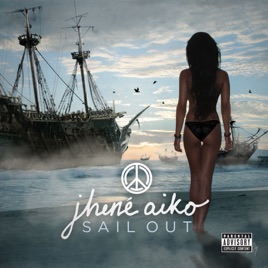 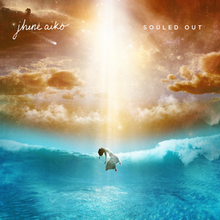 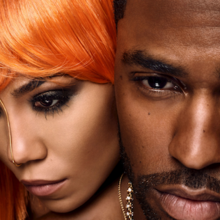 With progress towards happier living, her last project, M.A.P., brings everything full circle. M.A.P. Is a 3 part project with a double meaning. On one hand, the acronym stands for Movie, Album, Poetry, which is the content makeup of the project. M.A.P. also serves as a literal “map” through her healing journey which she walks us through with her music from her album that accompanies the project, “Trip”. This audio narrative of her dealings with the grief of her brother. It begins with LSD as the opener and flows into Jukai. In these songs she speaks of her drug abuse in trying to cope with her loss, leading to feelings of suicide, hence the name Jukai, a famous Japanese forest where people go to end their own lives. The following songs narrate her relationship with a stranger who accompanied her on her journey, whom she eventually falls in love with. Together they embark on a series of “trips” both good and bad filled with drugs, sex, and emotional roller coasters. At the end of the album she experiences a sense of peace and acceptance. In this phase of her “Trip” she has a greater outlook on her present mindset and situation. She understands her emotions and how to deal with them.

Following the release of her album were a series of visuals to assist with her storytelling. She also released a book of poetry which she explains has taken her a lifetime to write. For a more detailed review of M.A.P. visit this link to hear from Jhene herself: http://www.jheneaiko.com/

As we can see, Jhene Aiko is far more than just a shallow celebrity. She opens up to the world and lives through her pain with hopes of connecting with the next troubled soul to provide them with hope that there is light at the end of the tunnel. She is not ashamed of her life and her story is not glamorized. She shares the ugliness of it, allowing listeners to find solace in her words. Her poetry and other means of self expression show that you can find healing and relief through art in whichever way works for you. She has set a great example for people to follow, giving them inspiration through various forms of art.