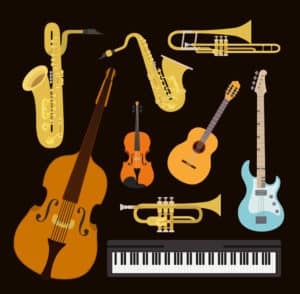 Jazz music was has been a life force ever since it originated in black communities in New Orleans, Louisiana in the late 19th and early 20th centuries. The specific place of origin is Congo Square, which was the only place slaves were allowed to gather and play music. This tradition continued and caused the creation of jazz. This genre blossomed from ragtime and blues music, utilizing similar instruments as well as incorporating new, brassier ones. Jazz instruments can include but are not limited to, the saxophone, trumpet, piano, trumpet. The call and response nature of jazz music comes from the black church, in which call and response is tradition.

Buddy Bolden: key figure in the development of a New Orleans style of ragtime music, or “jass”, which later came to be known as jazz.

Some popular genres of pop are classical, bebop, free jazz, and modal jazz.

Traditional jazz often utilizes a standard musical structure, but it can be as simple and light or as contemplative as the artist makes it. Artists such as Charlie Parker created traditional jazz music.

Bebop is very calculated and intellectual and is what started to propel the black intellectualism movement. Artists who created some of the greatest bebop hits are John Coltrane, Dizzy Gilespie, and Charles Mingus.

Free jazz, as indicated in the name, is very free form and doesn’t play within the restraints of a key or chord. One signature free jazz musician is Ornette Coleman.

Modal jazz deemphasizes the role of chord and takes a modal approach which forces the improviser to create interest by other means such as melody, rhythm, timbre, and emotion. One way of doing this could be with a melodic bassline and a less structured chord progression. One great example of this genre is “A Love Supreme” by John Coltrane.