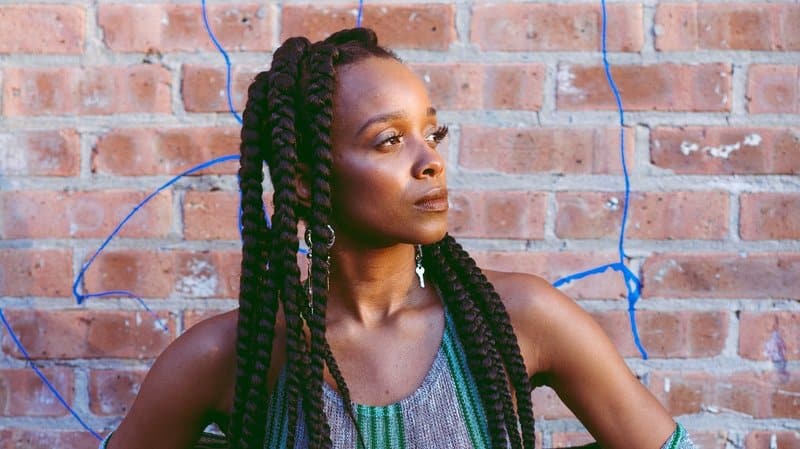 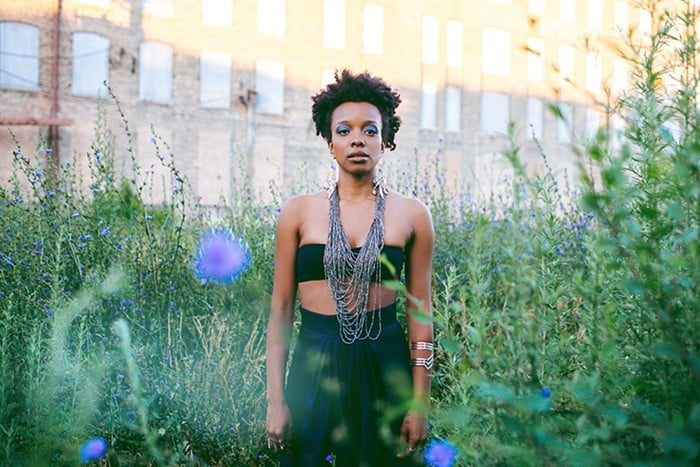 This essay is about Jamila Woods’ work as an artist, including her background, her music, poems, and her overall influence on the black community. There will be an in depth description of both of her albums, and the artistic significance of him. This also will explain her holistic artistry, including her poems. Through her artistic contributions, she has given back to the city of Chicago in many ways. Ultimately, the essay will provide an understanding of Woods’ importance in the Neo Soul genre.

Growing up in a large family in Chicago, Jamila Woods did not think she had what it takes to sing solo. As an active participant in her grandmother’s church, she constantly compared her voice to those of other choir singers. In high school, she discovered poetry, gaining her confidence through public speaking. Spoken word poetry gave her the tools she needed to grow to accept her singing voice and what it had to offer. After earning her degree at Brown University, she came back to chicago to work with the nonprofit, Young Chicago Authors. With very little experience in professional music, she created a band with Otis Hill. In 2015, she decided that she wanted to pursue a solo career.

HEAVN is Woods’s solo debut album. In an NPR interview, she explains the spiritual and political themes behind the premier album.  In the first single that came out from the album is Blk Girl Soldier, Woods was able to find her voice as a solo artist. Writing this song was extremely cathartic for her in that she was able to recognize the power of her writing. Through this album, she exposed the world to the “multiplicity of experiences” that Chicago has to offer. These experiences can be seen through songs like “LSD” featuring Chance the Rapper and Emerald Street featuring SABA. “LSD” references Lakeshore Drive in Chicago in the chorus: “you gotta love me like you love the lake.” She also explains that some of her songs are inspired by her late grandfather. She used poems to inspire her when writing Lately and .. She states that this song reaffirmed the idea that she does not have to wait to talk to her grandfather and she can create “some sense of heaven here” on Earth.

In her sophomore album, Woods puts herself “in dialogue with a long line of predecessors—from Betty Davis to Sonia Sanchez to Jean-Michel Basquiat.” Each song on the album is named after a musician, poet or artist. This 13 track album pays homage to many great artists. The New Yorker article entitled “Jamila Woods’s Celebration of Selfhood,” the author interview Jamila Woods, who explains the meanings and inspiration behind each song. It claims that “she fills her tracks with lessons, affirmations, and resolve; they seem to give a blueprint not just for survival but for well-being.” In “Giovanni,” Woods was inspired by Nikki Giovanni’s Ego Trippin. She states, “I wanted to think about what are those things for me, and what are the things that I have pride in… It’s that idea of my lineage also being a source of what makes me feel prideful and confident in myself.” In her album, Woods also pays homage to Eartha Kitt. In “Eartha,” One of Kitt’s quotes inspired Woods to sing the first line, “I used to be afraid of myself.” Woods became inspired to get in the place of self acceptance the Kitt was in. She says that the song is “all about self-criticism, as opposed to thinking about what I also deserve and can expect from another person.”

SIGNIFICANCE OF HER MUSIC:

Aesthetically and musically, Woods showcases black womanhood in a way that is extremely unique. She uses her personal experience and what her ancestors taught her to ask questions that do not always have the answers. She also reaffirms her existence through music, revealing that black women can take up space and make it their own. These lessons are extremely important during this time because black women need to continue to feel empowered and reaffirmed. We are able to reclaim our own narratives through listening to Jamila Woods’s music. 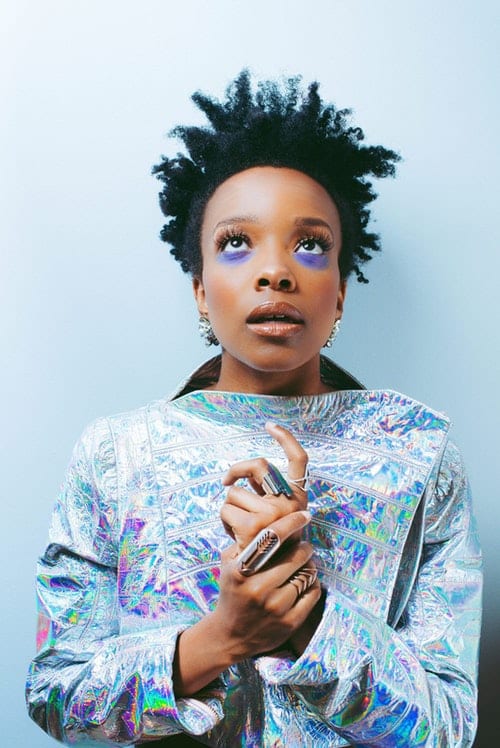 Woods continues to be an organizer in Chicago. According to her biography, Woods is the “Associate Artistic Director of non-profit youth organization Young Chicago Authors, where she helps organize Louder Than A Bomb (the largest poetry festival in the world), designs curriculum for Chicago Public Schools, and teaches poetry to young people throughout the city.” Despite the fact that she has made a name for herself in the music industry, she continues to advocate for her community. This is extremely important as a black musician because she allows her work as an activist to influence her music. As a whole, Jamila Woods is an extremely talented artivist and organizer that makes profound art that moves thousands.”