Thesis : James Brown was the most Influential R&B artist during the early 1950’s until the early 2000’s. I say this because he was still performing up until his death. And between the early 90’s and early 2000’s he influenced R&B because that’s when R&B became very popular.

James brown was born on  May 3, 1933 in Barnwell, South Carolina. James brown did not have the best childhood due to his parents divorcing while he was young. When his aunt started to take care of him they were not very fortunate. His career began as gospel singer in Georgia. His neighbors taught him how to play different instruments but he always found himself in trouble. At 15 years old James Brown was arrested for breaking into cars and got sentenced to 8 to 16 years of incarceration but was released three years earlier for good behavior. After his release James Brown gained public attention by becoming the lead singer of the Famous Flames which was a rhythm and blues group founded by bobby Byrd.

James Brown transitioned from Blues and Gospel to funk music. James Brown formed Funk with his band called the J.B.s with records such as “Get Up I Feel like Being a Sex Machine” and “The Payback”. Funk was a genre of music that James Brown was able to express obstacles going on in the Black community at the time. His music had a heavy emphasis on back beat. This was a two and four count but James applied the one or the downbeat of the measure. His incorporated call and response in his songs as well which created his trademark sound which was a mixture of singing and shouting.

James Brown was referred to “The God Father Of Soul”. He was considered this because he was a great performer. he was able to attract such large audiences because of his energy, dancing, and the amount of soul he incorporated through his performances.

When Brown moved to New York he recorded the song “Try Me”. This song reached No. 1 on the R&B charts. The he  later recorded “Prisoner of Love” and this reached No. 2 on the Pop charts. Brown began performing about 5 or 6 times  a week. His audiences loved and enjoyed him so much because he showed so much dedication within his performances. He soon became known as “The Hardest-Working Man in Show Business”. Brown performed “Live at the Apollo” in Harlem on October 24, 1962. After recording many more singles in the 60’s, Brown turned to activism. He recored the song “Don’t be a Droupout” in reference to school and did his famous live performance of “Say It Loud: I’m Black and I’m Proud” in Boston the day after Martin Luther King Jr.’s assassination. Brown fell off in the 70’s but came back in the 80’s after performing in The Blues Brothers. He soon got into legal trouble after getting involved with drugs and lead cops on a famous car chase in 1988. He was released on parole in 1991 but had another chase in 1998 and went to rehab.

In conclusion James Brown did not only the genre he created music in which was rhythm and blues and funk. But he also influenced genres that we see in present day such as rap. His influence can be seen through different artist such as Michael Jackson and Prince . May artists sampled Brown during the 80’s and 90’s. He has influenced many artists to step outside their comfort zones and be different

During James Brown rhythm and blues career he was a part of a label called Federal Records. This record label was founded in 1950 as an addition to Syd Nathan Kings Records based in Cincinnati, Ohio. This label was run by Ralph Bass and this record label focused on mainly Rythym and Blues releases but this record label also released hillbilly and rockabilly records too.

When James Brown started touring with The Famous Flames they were all signed to this record label. The group released Federal Records First single which was “Please, Please, Please” which sold a million copies.

More artists such as Freddie King, Albert King, and B.B. King released music for Federal Records as well between 1962 – 1965. All three of these artist were considered the King of Blues. 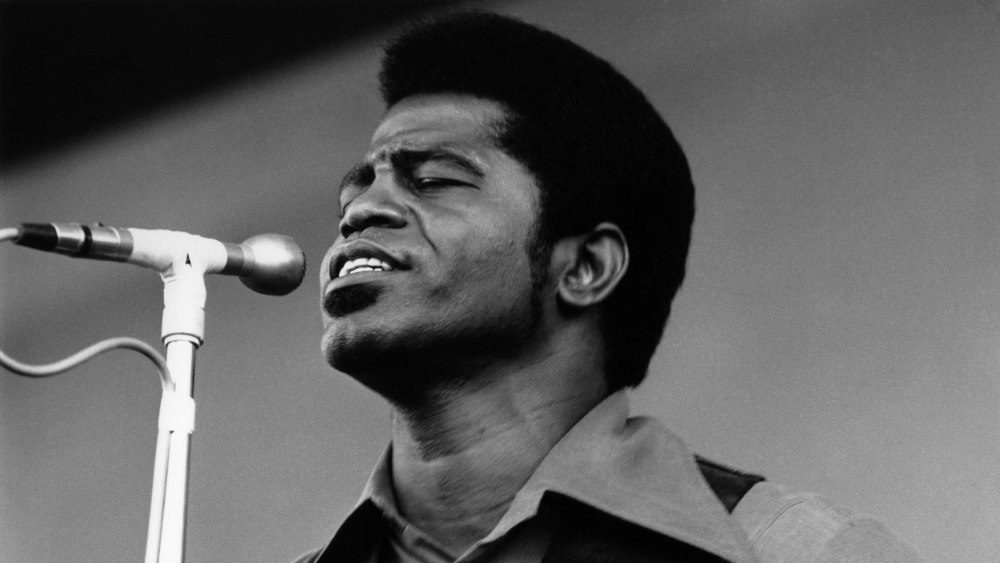