What were the Blues?

The Blues music genre originated in the 19th century, in the Deep South. The Blues was a reflection of the police brutality, lost of loved ones due to the systematic oppression and laws put place to enhance the regression of the black race and the laborious work that slaves were to tend to without benefit. Blues included older African American work songs, folk songs, negro spirituals, shouting, and chants. Blues also consisted of the call and response style. Most of the lyrics in blues songs have to do with the story of slaves, or recently freedmen that still dealt with racial discrimination. Because of this, blues is considered to tell a “loose narrative” of the African American people. Some popular blues songs that show the narrative of an African American during this time period are “ Rising High Water Blues”, “Dallas Blues”, and “Saint Louis Blues”. Blues music is composed in 12 bars, using 4 counts.  Blues has a very melodic form, and cause an effect called “groove “, in which people have a feeling of a rhythmic swing. I believe that this is interesting because it is similar to how ragtime music causes one to also have a “groove”, or “swing “ effect.

I believe that the Blues genre of music Is important to the history of African Americans. It shows how African American people used music to overcome their hardships, but also serves as some type of historical source that tells the stories of their daily occurrences. 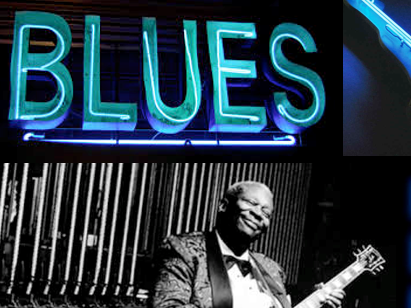