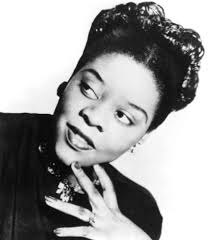 In early Blues music, many female artists were headlining the genre and making a name for themselves. Famous Blues artists such as Mamie Smith, Bessie Smith, and Lucille Hegamin are great artists who are often mentioned in relation to the Blues genre, but Ida Cox is often overlooked. Ida Cox was a successful artist in the ‘new wave’ of Blues in which singers often sung songs made up of a single AAB strain and were accompanied by a pianist. Cox’s music delves into a variety of topics including heartbreak, death, and asserting her rights, which arguably, makes her a feminist and social icon of her era through her musical messages.

More About the Elements of Blues

The AAB strain consists of a question and answer format within the song’s melody and lyrics made up of three sections with four beats in each section. This musical formatting is also called “12 Bar Blues.” This style was common in Blues music including the songs that Ida Cox sang. Within the “12 Bar Blues” instruments such as the piano, trumpet or guitar were incorporated into the song.

Another important Blues element in relation to Ida Cox is the vaudeville Blues–an early Blues style which includes music and theatrics often performed at minstrel shows which exaggerated the features and stereotyped personality traits of black people in a way that was intended to be comedic (for white audiences).

Ida Cox was an extremely successful vaudeville Blues singer, but as the vaudeville-style lost its popularity she began to sing a new style of Blues. Ida Cox was signed with Paramount in 1923, where they named her “The Uncrowned Queen of Blues” because of her contemporaries, Bessie Smith and Ma Rainey’s, rapid success.

Cox represented the struggles that many black women faced in America in relation to liberation, domestic abuse, and dignity. Through Cox’s singing, she provided the perspective of the average black woman. Cox was also said to have a convincing delivery which made her music relatable and appealing to the masses. Cox had a way of pushing boundaries in the field of feminism that were not as common during the rise of the Blues genre nor female Blues singers.

One of her most famous works about sexual freedom is called, “Wild Women Don’t Have the Blues.

Here are some other works of Ida Cox which reflect a the 1930s-1940s in American society and her personal interests:

Cox wrote most of her songs and oftentimes her lyrics were stolen and sung by other artists without her receiving any credit, nevertheless, she managed to present herself as a forward-thinking woman in her approach to both music and business. Raisin’ Cain was the name of Cox’s touring production company which she owned and operated for the production of her stage shows while on tour. This business savviness is definitely contributed to Ida Cox’s massive influence within both female Blues artists the Blues genre overall.

Ida Cox was a powerhouse Blues artist who conveyed meaningful and thought-provoking messages in her work. While she reached success in her career at a similar level to her contemporaries, she is often overlooked in relation to the Blues genre overall. While Ida Cox is often overlooked, her impact is still stamped in the black Blues genre.