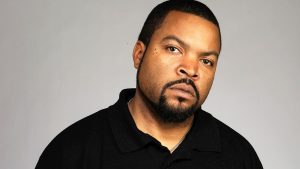 Hip-hop is a culture born from the ashes of disco and the development of funk. During the early 70s, many funk groups began playing disco because at the time it was the latest trend. The popularity of Hip pop started within the 1980s.Hip pop evolved from the north and spread all over. A big influential known Rap artist that rose to fame during this time was O’shea Jackson aka Ice Cube. He was born on June 15,1969 in south central Los Angeles, California. Ice cube started writing his own raps in high school. He rose to fame when he joined the N.W.A group but then went solo due to economic issues within the group.

Some of the characteristic within this music including emcee and Djing. During the rise of hip pop to hype the crowd at these block parties, DJs were accompanied by a Master of Ceremonies, also known as an MC or emcee. An MC would present the DJs, entertain the crowd, speak or rhyme to the audience, and provide spoken vocals over the music. By the late 70s record labels such as ”Sugar Hill” started to cash in on the growing DJ and MC trend. Some of the first rap music records were recorded by live disco bands and an MC rapping over the music. As rap music developed, we started to see live drummers being replaced by drum machines and an increased use of DJs who would scratch records to add a percussive element to the music. Around this time sampling technology emerged and drum machines became widely available to the general public at a cost that was affordable to the average consumer. DJs also started to become producers and began using sampling technology to piece together breaks in songs rather than using turntables. Legendary samplers like Akai’s MPC allowed producers to take a section of a song and edit it to play as an instrument in a sequence or add extra sounds and texture. Essentially, this technique was early remixing.

In the group that Ice Cube started out with NWA there were other rap artist such as Dr. Dre, Eazy-E, DJ Yella and MC Ren.He rocketed to fame in the late 1980s as a member of the hard-hitting gangsta rap group, N.W.A.. The group’s second album, Straight Outta Compton (1988) rocketed the young men to fame. Anchored by the controversial hit “F*** tha Police,” the record made them one of the most contentious groups in the music business, while also delving into the complicated divide between black youth and law enforcement. 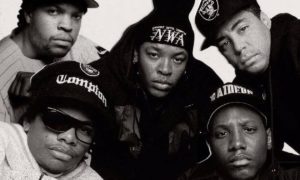 Ice Cube started out rapping with N.W.A but then evolved into an actor. When he was in The N.W.A group he was not making as much money. He felt as if the record label was taking to much from him. He started going into acting in which he made more money.Cube launched his movie career with a highly praised performance in the John Singleton directed coming-of-age ‘hood film, Boyz n the Hood(1992). He went on to major roles in several other successful films, including Friday (1995), Three Kings (1999) and Barbershop (2002).

During the time that Hip pop was becoming popularized gang violence was on a rise. Ice cube came from a neighborhood that was increasingly shaped by drugs, guns, and violence.

For the young Cube, who’d known little beyond the deteriorating SouthCentral L.A., the affluence and stability that marked his new surroundings left a deep impression. He saw his hometown in a new light and wondered why the violence and drugs that were wreaking havoc on it weren’t generating more attention. He rapped about these issues within his neighborhood within his music. As he saw more of his friends get killed or go to jail, Cube became determined to create a better life for himself.

Hip Pop started off in the Bronx and spread all over. These hip pop artist or rap artist evolved from areas where drug and gang violence were very prevalent. Artist would speak out about their issues within their music. Rap music during the 80s can be thought of as a form of activism. Hip pop or rap music has evolved heavily since then. Genres of rap such as trap music is not as activist as it was years ago.