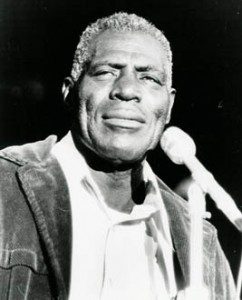 Life Before His Music Career

Howlin’ Wolf was a Blues musician who was inspired by other Blues artist’s before him,  was known for his hooting and hollering sounds, and has inspired a generation of rock artists. He was born Chester Arthur Burnett on June 10 1910 in White Station, Mississippi. He was the son of Leon “Dock” Burnett and Gertrude Jones. As a boy, Chester would sing in the choir at the church his uncle, Will Young, preached at and would often beat on pans with a stick. He moved in with his uncle after his parents separated and was treated poorly by him. He didn’t have a great relationship with his mother because she thought he was playing “the Devil’s music” and disowned him. When Chester was 13, he ran away from his uncle’s house and reunited with his father on the Young and Morrow Plantation. There he became inspired by local blues artists including Charley Patton, who he convinced to give him guitar lessons. He later learned how to play the harmonica from Sonny Boy Williamson II.

His Music Career From Beginning To End 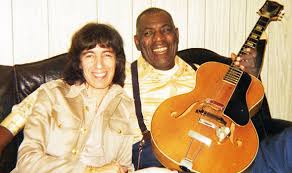 Burnett was drafted into the Army Signal Corps in 1941. He suffered a nervous breakdown that led to him being discharged from the Army in 1943. Wolf lived with his girlfriend in Lebanon, Tennessee until she suffered from a nervous breakdown and was institutionalized in 1945. He left Tennessee and returned to music, traveling with fellow Blues musicians Son House and Willie Brown throughout the South. Burnett moved to West Memphis, Arkansas in 1948 and formed a band with James Cotton, Junior Parker, Pat Hare, Matt “Guitar” Murphy, and Willie Johnson. He appeared on weekly radio show, and started going by the name Howlin’ Wolf. In 1951, he was discovered by producer Sam Phillips. Wolf recorded two songs with Phillip’s “How Many More Years” and “Moanin At Midnight” and the songs were leased to Chess Records. Wolf moved to Chicago in 1953 and lived there for the rest of his life. In 1956, Wolf’s songs “Evil” and “Smokestack Lighting” became R&B chart Hits. Howlin’ Wolf had a rivalry with Muddy Waters, who was another up and coming blue artist. In 1960, Wolf started collaborating on songs with Chess Record’s lead composer, Willie Dixon. Wolf and Waters would constantly compete for Dixon’s material as Waters was also signed to Chess. In 1962, Wolf released an album called Howlin’ Wolf, which featured many songs that Dixon wrote including “Shake for Me”, “Wang Dang Doodle”, and “The Red Rooster”. He also began touring with American Blues Festival in the early 60’s. Wolf inspired many Rock artists in the 60’s including the Rolling Stones, Led Zeppelin,  Jeff Beck, and the Doors. They would all record his compositions. In 1969, Wolf released the album The Howlin’ Wolf Album, which was influenced by rock music. Wolf took a trip to London and recorded an album with Eric Clapton, Ringo Starr and member’s of the Rolling Stones in 1970. The album was called The London Howlin’ Wolf Sessions. By the early 1970’s Wolf had suffered from heart attacks and kidney damage, but still recorded music and preformed sometimes. Howlin’ Wolf died in 1976 from heart failure.

Howlin’ Wolf’s legacy lives on as he was inducted in the Rock and Roll Hall of Fame in 1991 and the Blues Foundation Hall of Fame in 1980. He influenced many white Rock and Roll artists including the Rolling Stones. The Rolling Stones released a cover of his song “The Red Rooster” and other rocks artist used his compositions in their music. He has crossed paths with Blues artists that came before him and his contemporaries including Charley Patton, Willie Brown, Son House, and Sonny Boy Williamson II. They all inspired him to take his music seriously. Howlin’ Wolf is a blues legend that is remembered for his unique sound.