What Sparked the Transition? 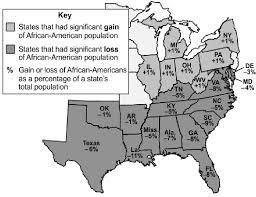 -the addition of a fifth singer

Do You Hear the Difference?

It was especially important for touring jubilee quartets to include a variety of music to their performance collection to ensure they were properly catering to their audience’s taste. For example, white audiences preferred minstrel music such as ‘Old Black Joe'(left) while Black audiences preferred old negro spirituals such as ‘Ezekiel Saw the Wheel’ (right). While many jubilee quartet groups knew the minstrel music they performed for white audiences was a mockery of themselves, they felt it had to be done in order to make money. These demeaning behaviors are unfortunately common amongst Black people, even today, as we struggle to create our own space in a white-dominate society.

In the 1940s, quartets began to incorporate guitars in an effort to compete with other touring quartet groups during quartet battles. These changes were influenced by the changes that were also present in Black churches. The transitional period of jubilee quartets allowed the groups to try out different musical techniques in order to distinguish themselves and build a fan base especially as battling and touring became popular.

Below you can hear the different styles of jubilee quartet music before, during, and after the transitional period.

The transitional period of jubilee quartets is fundamental because it developed as the Black communities in the North experienced an increase in religious, educational and social transformations which allowed them an opportunity to be creative musically by introducing elements such as such as harmonic vocal range, bass and soloists which can also be found in the Black Church. We can see how society directly impacted the musical elements present within each period of jubilee quartets as artists found their ‘niche’ and target audience within the music industry.