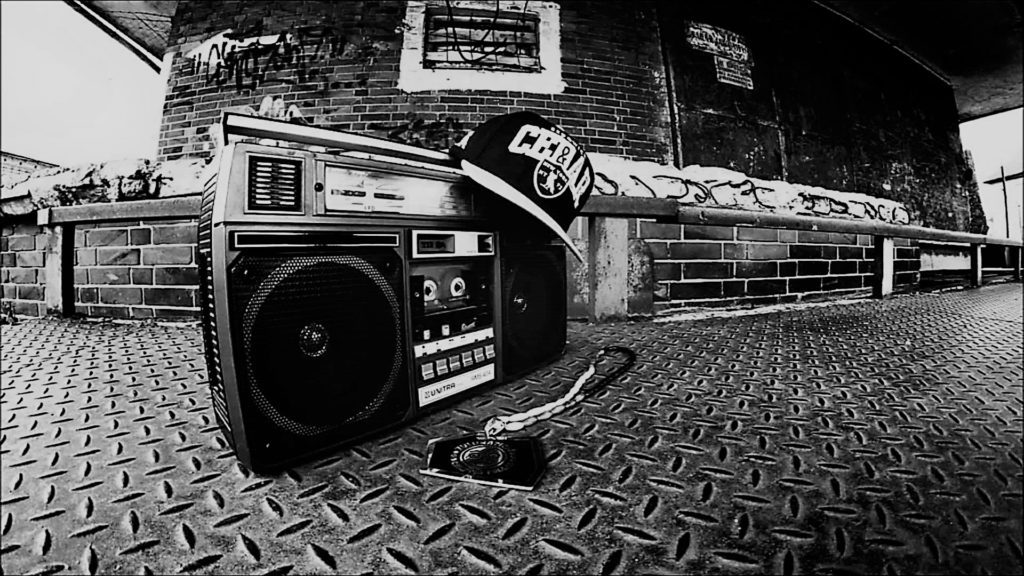 Hip Hop can be traced as far back as the late 1970s. The genre was born from rhythmic speaking on top of a beat rather than singing on top of a beat. Hip Hop roots were in the Bronx, New York and even Brooklyn. It was gaining its early start in communities that were economically stressed. Elements of this music include DJing or MCing. For example, hip hop group NWA from California had 2 main members (Ice Cube and Eazy-E) and a DJ (Dr. Dre) that would handle the producing and music at their concerts. Another element of hip hop music is the incorporation of other art forms. Hip hop was associated with a certain style of dancing called break dancing or B-boying. Additionally, the genre inspired visual art that is graffiti. This style of music, like most other genres is all about expression and story telling. However, Hip-Hop stood out because it was somewhat conscious. Artists would rap about their lives and what could make it better. It was, and still is today, a way for people to think about their state and how maybe politics or a wokeness to blackness may help life circumstances. Early artists included Run DMC, Public Enemy, and Grandmaster Flash. In response to the NY Hip-Hop wave was the Hip-Hop presence in southern California, with artists such as Snoop Dog and previously mentioned NWA. This happened in the late 80s and very early 90s. Another response came from the east coast again with artists like Tupac and Biggie. These back and forth motions created a small rivalry between east coast and west coast rap/Hip-Hop Music.

By the 90s, Hip-Hop had a strong fan base all over the world and was once the best selling genre. Artists like P. Diddy got involved in the music industry and monopolized it, especially once he started his label Bad Boy. He worked with artists such as Biggie and The Fugees, which was a group with the well known Lauryn Hill and Wyclef. In Hip-Hop’s transition into the 20th century we saw that other genres were beginning to incorporate Hip-Hop sounds into their music. For example, gospel artist Kirk Franklin has songs with Hip-Hop feels and plenty of R&B songs have it as well. This merging of genres for artists was called crossing over and helped them gain a larger fan base. In the early 2000s, we saw artists like 50 cent. Although 50 cent was from NY, he was under the leadership of Dr. Dre from the west coast. Simultaneously, Hip-Hop had made its way to the Dirty South stretching from Georgia artists such as Outkast to artists from New Orleans like Master P, Birdman, and Lil Wayne. I could go on and on about how much Hip-Hop has done for our people. Hip-Hop/Rap music has branched into so much more such as the subgenre called Trap music. Its influnce, whether from the 80s and 90s or the 2000s and 2010s, is still making its way through the world.

See videos below for artists from all the decades of Hip-Hop’s existence thus far!