The Birmingham Sunlights consist of five members, James Taylor, Wayne Williams, Bill Graves, Steve Taylor and Barry Taylor. Adopting their quartet-style from Alabama’s Jefferson County region, the Birmingham Sunlights, a five-man quartet was formed in 1978 by music director James Alex Taylor and his siblings. Growing up in a music family and singing a cappella in the Church of Christ, this four-part harmony gospel group also worked as plumbers and pipefitters by trade. Although many assume that quartets refer to the number of members, it actually refers to the number of split harmonies. The fifth member in the Sunlights was used to double the tenor voice to create the “Birmingham Sound”.

Jubilee Quartets, where they all began...

Jubilee Quartets, African-American religious musical groups, were enjoyed by many in the first early 1900’s. The name “jubilee” came from the Fisk Jubilee Singers, a group of musicians who were organized together to sing negro spirituals at Fisk University in 1871. Many other students attending historical black institutions like Hampton University, Tuskegee Institute and Wilberforce University followed their lead.

Characterized as African American music, a quartet is made up of four singers, no more than six, as a vocal ensemble singing harmonies split into four parts. These harmonies are split into designated roles, a lead baritone, first and second tenor, and a bass singer. Although many believe that the name “quartet” originates from the size of the group, it is in fact defined by the four harmony parts.

Quartets are often described as an a cappella style of music that used their voices as instrument instead of physical instruments. Implementing structure and discouraging improvisation, quartets even wore uniforms to uphold their respectable image. 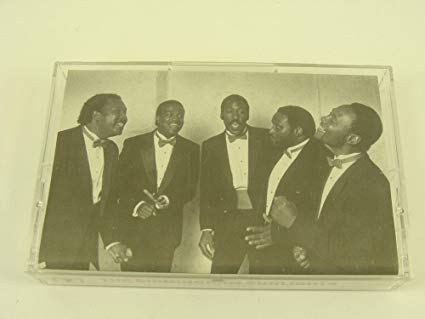 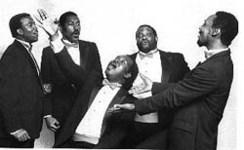 Sterling Jubilees, Shelby County Big Four, and the Four Eagles, all influenced the Birmingham Sunlights. They became the heirs of their musical tradition while also exploring new innovative approaches to maintain a fresh sound of gospel music. Starting out with a up-tempo, jubilee style of music, the bothers introduced an old-time Southern gospel feel to their music. Performing in schools and churches, their fame spread and they continued to hold community concerts and perform at festivals like National Folk Festival and others. In addition the quartet toured all over the world including Europe, Africa, Canada, and Australia. in 2009 they were named as a recipient of the National Heritage Fellowship, the highest honor in the folk and traditional arts provided by the United States.

A few hits by the Birmingham Sunlights include:

The “Birmingham Sound,” characterized by close harmony, vocal attack and release, exchanging lead vocals from singer to singers, and a “pumping” bass vocals, set the standard for gospel quartet music. This style, that is heavily encrypted in the Birmingham Sunlights, resonates all across the world, for example, in the form of gospel music.