George Benson, born March 22, 1943 in Pittsburgh, Pennsylvania, is an African American guitarist, singer and songwriter. Known as a child prodigy, Benson received his first recording contract at 10 years old with RCA Records. At 21, Benson began his musical career as a jazz guitarist.  His first album, titled, ‘The New Boss Guitar of Guitar of George Benson’, was released in May, 1964. Benson has produced numerous albums that have dove into fusion jazz, rhythm and blues, soul, pop, skat singing and funk. Through his career, Benson has had over  278 releases, including 115 Singles and EP’s.  In 2013, Benson released, titled “Inspiration: A Tribute To Nat King Cole”. which charted at 89 on Billboard.   Some of his more recent features  have been with the Gorillaz in 2018 on the single “Humility”.

George Benson is a highly decorated musician. Having songs that have charted on the top 100 song for numerous weeks at a time, and a 10x Grammy award winner, and 25x nominations from Record of the Year, to Best Male R&B Record Performer. His top hip, titled, “Give Me the Night” charted Billboard at 4th for 23 weeks. His second best was titled ” Turn Your Love Around” which charted at 5th place for 22 weeks. 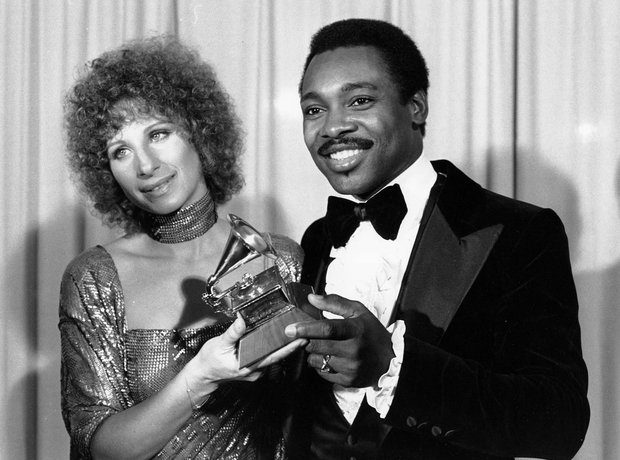 George Benson has been married to Jonnie Lee since 1995, and is currently living in Englewood, New Jersey.  He has seven children, three have passed away. He has net worth of $5 million.

It is interesting moving forward in time because as a class we are getting more familiar with the artists and the generes. George Benson was a fun post because this is one of the first times I was familiar with one of his songs, and that he is still alive. It also shows that will all of the genres that we have covered, they really are not that long ago, which goes directly into that slavery was not a billion years ago. George Benson is interesting because of the style of jazz he has created, while diving into other genres over his lifetime.