FROM THE COTTON FIELD TO CONCERT HALLS 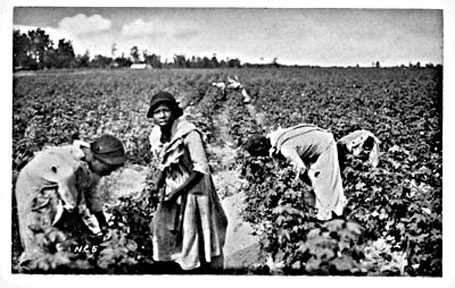 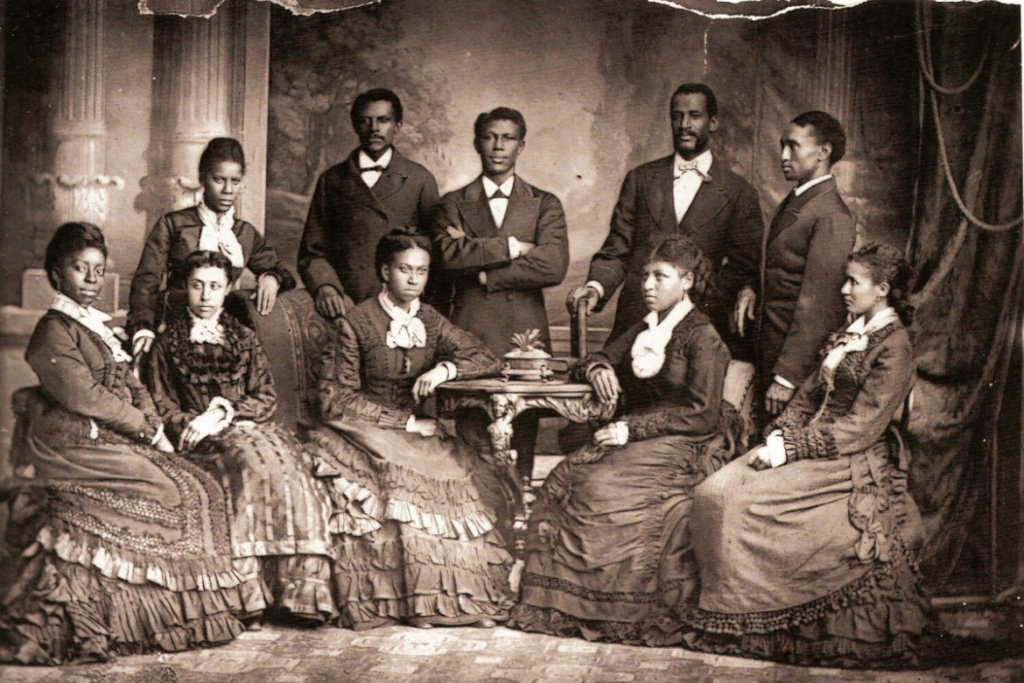 Negro Spirituals originated from the hymns and somber melodies sung by enslaved people working on plantations as religious music to express Christian religious values and trials. European missionaries introduced hymns and psalms to enslaved people, but African Americans combined their roots of West and Central Africa with their new religious teachings to create an African-inspired Christianity, which in turn birthed spirituals. African Americans hated the European church services that were held and would often sneak off in forests to sing of their struggles and grief, which is an element of spirituals that we hear in the lyrics. When these spirituals made their way to actual song books to be performed, they were titled “slave songs” and were portrayed as a religious expression free of White control, as they were sacred songs and expressed their relationship with God, and also kept sacred the original meaning in the first place.

1871: White treasurer of Fisk University’s American Missionary Association and amateur musician, George White took 10-12 Black male and female students to the North to tour the cities on the Underground Railroad (Ohio to Maine), originally known as “The Colored Christian Singers”. The viewing audiences were unmoved by the white choral arrangements, but were extremely touched by the spirituals sung by the students. These amazing students grew to fame as the Fisk Jubilee Singers, and even competed against rival choirs such as the Hampton Institute Singers.

Never in a million years did those 12 students think that they would inspire and pave the way for so many choirs at HBCU’s all over the world. Students at their attending institutions have grown dedicated to performing spirituals and other concert music on tours and concerts of their own. One choir that specifically is special is none other than the Spelman College Glee Club, created in 1924. The club only allows members to join by a vigorous audition and presents students at Spelman College the opportunity to perform choral selections and arrangements from commissioned works, music by African American composers, cultural pieces and like the Fisk Jubilee Singers: sacred choral literature Negro Spirituals. In comparison to the many Black student choirs before them, the Spelman Glee Club has performed for a variety of audiences: schools, churches, colleges/universities

Negro spirituals have truly come a very long way from their origins. One thing that remains true, is the depth and weight that they have in African American music today. To know that this is one genre of music created by African Americans, has not been altered or stolen by white people is truly amazing, and explains why it still touches the hearts and souls of many African Americans today, young and old. I truly believe that our ancestors who poured their lament and troubles into those songs would be proud to know that we upheld the music and kept it true to the origins even as sheet music was sold and African Americans went on to perform with these same solemn spirituals. To see the impact of the music is incredible, and it is beautiful that HBCU’s are keeping the traditions of spirituals and doing it justice.