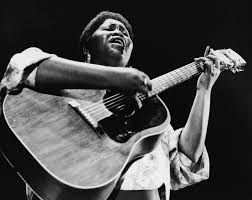 Folk Secular Music was cultivated for the purpose of creating a bridge between the roots of African Americans’ history of when they were free in Africa to when they became enslaved. Before slavery, individuals used folk music as a means of passing time or rhythmic exercises. A variety of instruments were used like the banjo, ‘bones’, and xylophone to play music for times such as those. Hand clapping, stomping their feet, and using trees as drums were used to accompany those instruments. As time progressed and circumstances began to change, those who were enslaved began to combine the traditions used in their homelands to change the music that was present at their host lands. As this new way of music was being produced, a variety of dances were made to go along with certain songs which changed the attitude amongst those performing the music. As the music was originally made to discuss and express the pain that was caused.

Secular Folk Music has made a huge impact on the lives of artists that are still making it to this very day. Lil Wayne’s, 6 Foot 7 Foot single, samples and mixes the words and tempo from a very popular Secular Folk Music song, Day-O. As time allows music to incorporate familiar lyrics and styles to create different sounds. Lauryn Hill’s, The Miseducation of Lauryn Hill, is an example of a timeless album that incorporates some of the same patterns and rhythms that are typically used in Secular Folk Music that makes the music similar, but so different. Lauryn Hill’s music continues to be included in artists’ music and changed to some extent like Drake’s Nice For What. The traditions of secular folk music will continued to be included and reproduced each and every day.

Secular Folk music has no expiration date. Although, there is a very difficult and troubling past to Secular Folk music, it can still be used to create such beautiful and unique pieces of art.