Negro Spirituals were Christian folk songs that were passed down orally that illustrated distress caused by enslavement.  The term originated from the Bible’s King James Version of Ephesians 5:19, which reads, “ Speaking to yourself in psalms and hymns and spiritual songs, singing and making melody in your heart to the Lord.”  Although the folk music genre is a very broad genre of music with no one, consistent definition, the International Folk Music Council’s definition mentions that the term can be used for music that “has originated with an individual composer and has subsequently been absorbed into the unwritten, living tradition of a community.”

Traditional folk music is usually classified as such due to a common characteristics.  Similar to folktales, folk music was passed down through generations orally. Since members of the agricultural working-class were typically illiterate, there was no written record of the songs, meaning that people learned the songs by constantly hearing them and eventually memorizing them.  Also, folk music sometimes paid homage to historical, religious, and personal events/holidays. In Africa, people used drums, “shekeres,” “balafons,” etc. to add a musical elements to them telling their stories. Certain components of Negro Spirituals can be credited to African traditions, but spirituals are overall very specific to the exploitation of enslaved Africans in the United States and, of course, their descendants.

During the period of enslavement in the United States, enslaved persons were prohibited from speaking in their native African languages, banned from learning to read and write, and were, in most cases, converted to Christianity.  The enslaved used their limited vocabularies to translate what they did not and transform them into songs. Also, as enslaved persons were exposed to Biblical stories, they began to see similarities between the Bible and their own situations.  Enslaved Africans were sometimes encouraged to hold their own prayer meetings and during these meetings, the enslaved sang, chanted, danced, and even began “shouts,” which involved a “shuffling of feet and clapping of hands.” Several aspects of traditions that sourced in Africa — and made their way into the rituals of enslaved persons —   are common in today’s African American religious customs: “call and response,” speaking in tongues, “getting happy,” “being slain in the spirit,” etc. Negro Spirituals continue to exist in black churches today, mainly Baptist and southern churches. 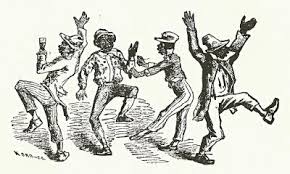 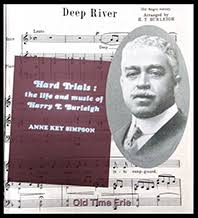 Negro Spirituals and Secular Folk Music, among various parts of Black American culture, were “taken over” by white people.  Negro Spirituals were created by Black enslaved persons in America to address the exploitation of their people during that time period.  White slave owners, however, forced enslaved persons to perform these songs and dances for them and their guests, which further exploited them.

Several aspects of traditions that sourced in Africa — and made their way into the rituals of enslaved persons —   are common in today’s African American religious customs: “call and response,” speaking in tongues, “getting happy,” “being slain in the spirit,” etc.  Negro Spirituals continue to exist in black churches and Gospel music today.

Negro Spirituals served as a coping mechanism to get enslaved persons through rough work, beatings, humiliation, etc. Some of the most popular Spirituals, including “Wade in the Water,” continue to be passed down through generations.  Although this exemplifies the struggles of Black enslaved persons, this also shows that Black Americans are still dealing with the implications of slavery.