"The History of Folk Music" Article Critique
by Nina Lee

The article I will be reviewing is that of  A’Shiah titled “The History of Folk Music”. Overall the article was very informative It provided the reader with a base if they wanted to know basic information about folk music. The author was able to articulate the origin, along with the information used and the social effect of the music. Even with all these elements at some time it was hard to read because of small grammatical issues. But, those issues didn’t distract me to the point where I couldn’t understand the information. I would just have to read the sentence over again in order to understand the material correctly.

There were many things that I was not aware of before reading this article. I was not aware that American Folk music in particular did come for African-Americans while enslaved. Like many genres of music that people of African descent have created, white people have taken it and called it their own. The claiming of folk music by white people can be compared to white people claiming country music today. For example, a young queer African-American man came up with a country song that was top of the country charts. It was taken down and not acknowledged as a country because of his race. I can see the similarity of this situation with current issues with the whitening of folk music. I think that article was great, informative and eye-opening. 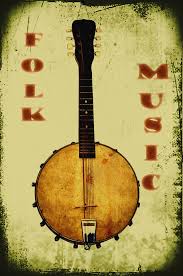