Folk Music – A Means of Communicating

When Africans were brought to the New World, they were speaking many different languages but had to find a way to communicate with each other and with their new masters. Music and dance played a key role in acculturation, the process of change that occurs when two different cultural groups come into prolonged contact. The Africans observed the dances and listened to the music of the Europeans and learned to combine them with their own music and dances from Africa.

Slaves started using a form of music called “Call and Response.” This type of music was used to regulate the pace of work, lessen the monotony, and to express sentiments that were unacceptable as speech. This Call and Response style included polyrhythms, several contrasting rhythms played or sung simultaneously. This style can still be heard today in many African American churches during or prior to the worship service.

Many whites were prejudice against African dancing and fiddling. Despite this, many slave owners permitted and encouraged the activities. Recognizing the talent in some, the owners often provided music teachers for the talented slaves. They utilized the musicians on the plantations and offered them for hire to other whites. The violin or fiddle and the banjo were widely used amongst slaves. 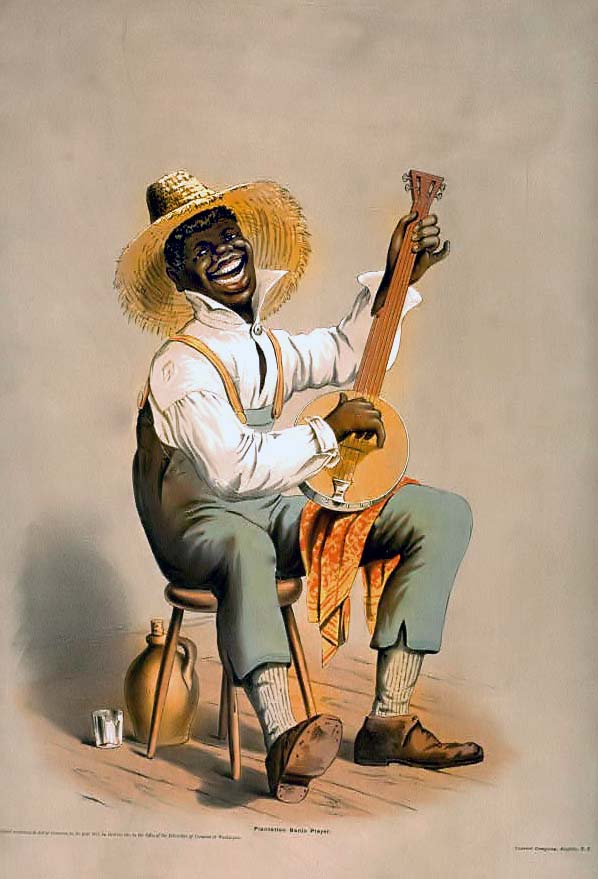 About the Banjo by Tony Thomas

When African American musicians played for recreational dances amongst themselves, the repertoire often included play-party songs, songs played at a celebration for children and young adults that featured games, singing, and dancing without instrumental accompaniment. Theses songs were based on the melodies and lyrics like and sometimes indistinguishable from the songs of white people. The songs were, however, modified with African rhythms and traditional performance practices. Some of these play-party songs are still heard today with “Little Sally Walker,” and “Mary Mack.”

In Africa, workers often sang as a group while working. Their singing was coordinated with their movements, lifted spirits, enabled slower workers to keep up, and helped to fight off fatigue. This practice was brought to the New World and continued by the slaves. This practice segued into the field holler or field cry, which served several purposes including a cry for need and cries to express various emotions. The “street cry” was later developed and used by street vendors for the same purposes and to entice buyers.

In Louisiana, there were a different type of folk song than that of the eastern seaboard. This region sang French Creole songs, as many Blacks spoke French and enjoyed a Francophile culture. The French and Spanish governments created a large free Afro-Creole population that was relatively prosperous buy mingled freely with the slave population. These Afro-Creole families enjoyed street parades, dancing, and even French opera. Afro-Creole musicians were taught b teachers from the French Opera orchestra, heavily influencing their folk music.

Aside from celebratory and work songs, there were songs of protest. These songs of protest were used in satirical entertainment through which the slaves talked about and made fun of their masters and women. This improvising satire was often too subtle for the master and his family to catch on, as not to provoke punishment. Many of these songs were not preserved as for religious reasons and self-protection.

More descriptive comments on the conditions and plans of slaves were sung through religious songs. For example, Harriet Tubman communicated her intentions through the old spiritual, “Go Down, Moses.” The song “Follow the Drinking Gourd” was used to give instructions on how to use the stars to guide a runaway to freedom.

Though influenced by the White European music, African American secular music retained characteristics associated with African music. Though Europeans often tried to disparage secular folk music and dancing calling it sinful and uncultured, this genre persisted then and is still used and heard  today. 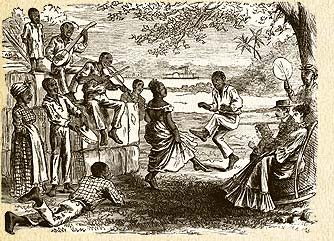