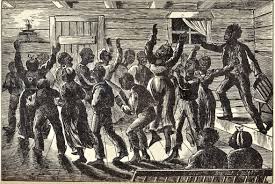 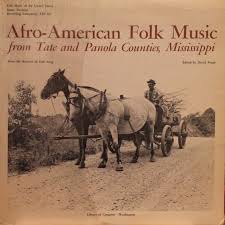 Folk music was one of the many traditions that African slaves brought with them when they arrived to colonial America during the seventeenth century. Some of the other traditions included the languages they spoke, the religions and folklore they practices, and the dances they performed. All of which were foreign to European traders, slave captors, and slave holders. Folk music was something that slaves used as a way to sing through their pain, suffering, and sorrow, and was integrated into daily life; it always accompanied group activity and various kinds of work.

Call and Response: performance practice where a singer or instrumentalist makes a musical statement that is answered by another soloist, instrumentalist, or group 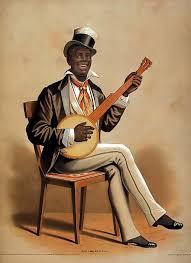 Banjo: instrument of African origin that was originally had 1-6 strings and a neck running parallel to a guard body 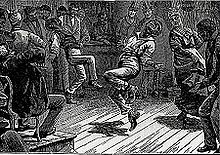 Patting Juba: extension of simple hand clapping by raising it to the level of a self-contained accompaniment to dancing

La Calinda: an African dance that was performed in the French West indies and Louisiana in the 18th century 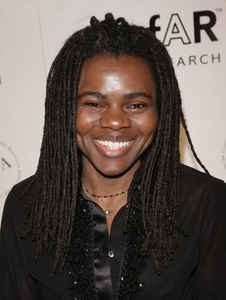 Tracy Chapman: Tracy Chapman is a multi-platinum and four Grammy award winning artist who is best known for her songs “Fast Car”, “Give Me One Reason”, “Talkin’ bout a Revolution”, etc. Odetta: Odetta, often referred to as “the Voice of the Civil Rights Movement”, is best known for her songs “Sometimes I feel like a motherless child”, “Water Boy”, etc.

While Africans used folk music as a way to deal with and express their sorrows, pain, and suffering, white people decided to take that and use it as a way to make a profit as well as for their own entertainment.

Influence on other genres:

Folk music has remained very popular among black people towards the end of the 19th century and greatly influenced  R&B, jazz, blues, and hip hop music which are all extremely popular among people of all races today.