I picked this song due to the fact that I thoroughly enjoy the instrumentals. Additionally, a friend sent me the song which added to its significance for me. 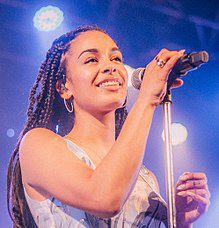 This song was selected because of the impact the album had on my experience with music, Frank Ocean is one of my favorite artists and this was one of the first songs I heard by him.

I continue to listen to this song every time I fly on the airplane, am in the car, or in any moving vehicle. It has a generally soothing quality and is the perfect song to fall asleep to on a long trip.

I grew up loving Alicia Keys.  This was one of my favorite songs by her.

I discovered this song as a young adult. This began my discovery of OutKast as well as many other artists of the early 2000s.