Faith, Perseverance, and Soul Personified Through The Negro Spirituals

Three Categories of the Negro Spirituals

Commodifications of the Negro Spirituals

When one begins to reminisce on the history of African American Music, we paint a picture that goes beyond the music and details men and woman working long, strenuous, and non ending work in the fields and homes of the white man. After  treacherous and exhausting routes to foreign lands to be sold into slavery, African Americans had little to hope for. They were stripped of their identities, language, culture, and familiarizes and were never treated with dignity or respect for their human existence.

After centuries of enslavement, African Americans were forced into learning modern day English as they no longer had any connection to their native language. The ability to communicate verbally with one another allowed them to connect and unify though song and music which came about through the Negro Spirituals.

As the slaves worked before sunrise and after sunset and through whatever weather conditions, they found themselves bonding through their religious beliefs. This form of music is often related of those of Hymns as they sang of trials and tribulations of those within the Bible who they could relate to.

During the period of rebellion, slaves would sing their tunes to each other through coded messages that their slaves owners could not understand. The songs they sang would alert others of the timing and location needed for those who were on board with attempting to escape.

With nothing else awarded to their names, slaves used the Negro Spirituals to speak life to themselves while working hard in the fields. It allowed for time to pass them by, it gave them strength and courage to keep pushing forward towards and unknown future, and it allowed them to pass these songs and traditions down to the generations to come.

Call and Response: This is the most well known of the three. While in the fields, one person would lead by calling out a line and would be followed by a response from the rest of the group.

Slow and Melodic: These songs were generally sang with lower vocals and put an emphasis on the subject at matter. It was sung along a slower paced tune.

Fast and Rhythmic: These songs were generally more upbeat. They had a fast pace in tune and had stories of excitement attached to them.

If it wasn’t already bad enough that the white man enslaved us for centuries, they did what they know best; make profit off of us.

In the 21st century, it is clear to see how the white man continuously exploits the black man for their talents and experiences to further their monetary profits but this has been happening even back during slavery.

Due to the fact that slaves were never granted the privilege to read and write in English, many of the spirituals they sang were created in the fields and memorized to be later passed down to later generations.

This did not stop slave owners from sending composers out to the fields to stand by and listen as they sang and copied their songs and later sold them as Negro Spirituals for others to hear. 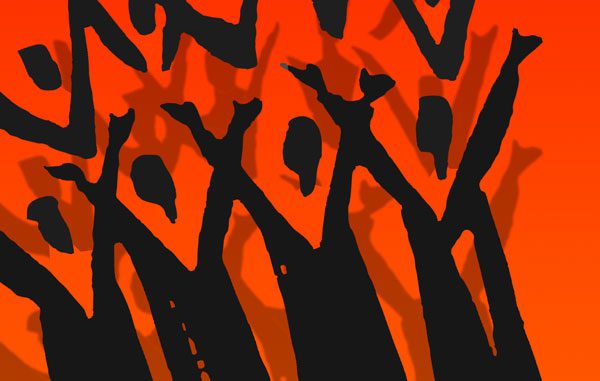