Funk music came about in the late 1960’s through the early 1970’s during the Black Power Movement. Rick James was one of the major artists during this time. James came into Funk’s view in the late 1970’s. At this time, Motown Records seemed to be lagging behind, James came to rescue the company. Actually, James had been with Motown earlier, though nothing had come of it. After growing up in Buffalo and running away to join the Naval Reserves, he ran away from the Navy to Toronto, where he was in a band with future Buffalo Springfield members Neil Young and Bruce Palmer, and with Goldy McJohn, later of Steppenwolf. As the Mynah Birds, they signed to Motown and recorded, though no record was ever released.

James had a journeyman’s career playing bass in various groups before signing again to Motown as an artist, songwriter, and producer.

Funk was named after a slang term called “stink”. Funk is the most least structured music genre. It often stretched out to extended jams and had the most Africanized, built on dynamic, highly syncopated polyrhythms. Funk had  groove to it. The groove of Funk was created by all the instruments of the ensemble playing off one another to create the groove over and over. Consequently, this made Funk listeners want to get up and dance. Instruments used during the Funk era are as follows: electric bass, guitar, horns, and vocals. Funk lyrics spoke up political and socials issues during the time period.

Rick James made money from doing many different performances and shows. On stage he engaged his fans with energetic, theatrical, and sexual charged performances. Before the music deal, he was a staff song writer for Midtown records. After the record deal, he made money off of his hit songs “Give It To Me Baby”, “Mary Jane”, and “Super Freak”. 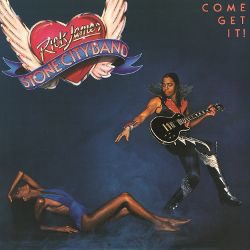 Funk Music had a major impact on Fusion Jazz and also became the musical foundation of hip hop. Funk came about during the Black Power Movement. The Black Power Movement was a political and social movement that was characterized by the supposed defeat of poverty and racism as well as the conquest of space.

Funk music jump started the feeling of freeness from African American’s. Rick James catalyzed the spirit of carefree. He inspired people of every ethnicity with his funky, artsy lyrics. James is very influential still to this day. The facet that funk music is still relevant to this day is outstanding.