New York City was the birth place of Disco music. During the 1970’s underground dance venues were filled the melodies of groovy, disco music. Disco music took the place of funk music and became extremely popular in big cities such as Chicago, Miami and San Francisco.

African Americans, Latinos, as well as gay dancers took interest in this genre of music. Sexual fluidity became more popular with the introduction of disco music. For some reason aided with people being more open about their sexual identity. . 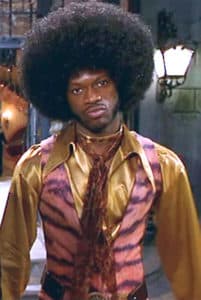 Studio 54 was  a popular disco night club located in NYC. Since disco became popular during the 70’s, the radio and television was becoming a product that was accessible to everyone. Radio and TV aided in the increase of popularity in disco.

This American television show first aired in 1971 (the same time frame were disco was born). On “Soul Train” they highlighted popular artist, dances, and songs of that time. Soul Train aided in the increase in popularity of disco.

The pioneer of disco.