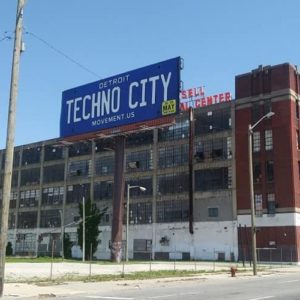 In the late 1970s and early 1980s, a new genre of music had emerged in America. Unlike the previous genres of music, this genre of music was solely composed by using beats on the computer. Techno music originated in Detroit Michigan before it became the international music giant it is now. Its name “techno” comes from the significant role techno music has in this category of music. It was derived from a combination of several types of cultures and musical styles such as electro-funk, and Japanese electronic music. In today’s society, techno music is considered to be white suburban music; however, African Americans are the original creators of techno music. In the 70s and 80s Detroit electronic music was very popular in gay night clubs, black radio, and parties in the black neighborhood. This type of music was known as Detroit electronic music before it became house or techno music.

Theo Parrish and Kenny Dixon Jr. are two of the most legendary Detroit electronic musicians. These two are considered to be two of the first popular tech music artists. They used electronic music as a voice to encourage awareness to the hardships of African Americans in regard to political and social oppression. They incorporated many African rhythms and beats in their music and constantly emphasized that all music in America originated in Africa to some extent. Ken Collier was a legendary African American techno DJ who also owned a very popular nightclub in Detroit. Ken Collier played a significant role in exposing new DJs and artists in Chicago, Detroit, and New York City. He mentored many of the aspiring DJs and promoted their music.

Originally, techno music had a target audience of African Americans. Quickly after techno music emerged, it was integrated into white European and American society. During the 1990’s early 2000’s, techno became known as “acid house” music played at raves in England.  It heavily became associated with white rave culture leading it to becoming very popular among white suburban youth.  Techno music unintentionally started influence American youth in the Midwest. Since techno music was the heart of rave culture, political officials and law enforcement became concerned with what took place at raves. Initially raves did not have a direct correlation with drug use, but as raves became more popular heavy drug use was affiliated with the participants who attended raves. Many of the electronic music musicians and DJs kept their identity secret under the protection of “stage names”. The artists wanted to dissociate their music from their personal image. Many of these artists remained “faceless” for several years to protect their personal identity. Considering the racial tensions and negatively represented white people in Detroit, electronic musicians thought separating their music from their identity would be beneficial.