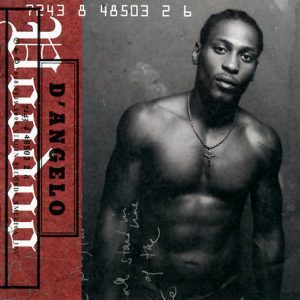 D’Angelo grew up in Richmond, Virginia, son to a Pentecostal Minister; he began to teach himself how to play the piano at a very early age. When D’Angelo was 18 he won the amateur talent competition at Harlem’s Apollo Theater three weeks in a row. After briefly being a member of a hip-hop group called I.D.U., his first major success came in 1994 as the co-writer and co-producer of “U Will Know”.

Following this D’Angelo went on a hiatus before releasing Voodoo in January 2000, which debuted at number one. Its lead single “Untitled (How Does It Feel),” was a smash on the R&B charts.

Following the release of “Untitled (How Does It Feel),” D’Angelo became more uncomfortable with his growing status as a sex symbol.

This was followed by numerous personal struggles including alcoholism, and a fourteen-year musical hiatus. D’Angelo released his third studio album, Black Messiah, in December 2014, although it was originally set for release in 2015; the album was met with critical acclaim and fared well on music charts, peaking at number five on the US Billboard 200.