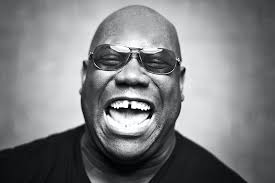 Carl Cox is a British DJ, and house and techno producer. In the 1980s, Cox was a breakbeat hardcore DJ and became a mainstage DJ in the electronica industry. He has performed at numerous clubs and events worldwide and has served as a monthly DJ for BBC Radio 1’s Essential Mix.He has hosted a residency known as ‘Music is Revolution’ every summer season at the world-renowned nightclub, Space Ibiza, from 2001 to 2016.

At the age of fifteen years, Cox began working as a mobile DJ, finding a passion for disco music. He began his music career around the same time that Chicago house music found its forefront in the world of dance music. He eventually became known as one of the founders of that sound and rode the exploding British rave scene. Following the beginning of his DJ career, he became one of the only DJs known to utilize three-deck mixing.

In the early 1990s, he decided that it was time to begin producing music, which is when he released his debut single for Paul Oakenfold’s Perfecto label, “I Want You (Forever)”. Cox became known as one of the best “celebrity DJs” in the world, and he continued to create music, eventually embracing the underground sounds of techno that would soon become very popular. Cox formed his own record label, Intec Records in 1998.From 1999 to 2006, Intec Records released a myriad of underground hits and became one of the best in dance music. However, in 2006 he decided to put the label on a brief hiatus and relaunched it in 2010 as Intec Digital. Carl Cox is also famously known for shouting catchphrases during his sets such as “Oh yes, Oh yes!” and “fantastic, fannntastic!”.