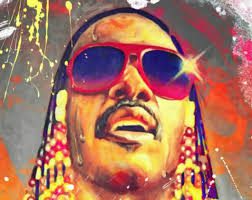 On May 13, 1950, Stevland Hardaway Morris graced the earth with his presence. Wonder moved to Detroit, Michigan at the tender age of 4 after his parents divorced. In Michigan, Mr. Wonder began to sing and learn a myriad of instruments such as: harmonica, piano, and drums. He also sang and performed in church.

At age 11, Mr. Stevie Wonder began creating compositions, which soon got him recognition by a name by Mr. White who then brought Wonder and his mother down to Motown Records to audition. He was immediately signed to Motown and became the mentee of Clarence Paul.

After two unsuccessful albums, Stevie Wonder released a single entitled “Fingertips” which spread like wild fire, making Wonder an instant hit. At the age of 13, Stevie Wonder was the youngest person in history to ever be on the charts. 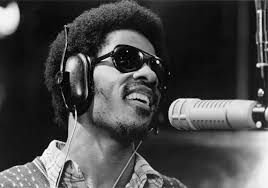 Although Stevie Wonder had some bumps in the road in the beginning of his career, he is now a household name. A legend. His legacy goes beyond comprehension. His contributions to music are incomparable and set him apart as an artist. The furthering of his career consisted of songs like “Signed, Sealed, Delivered I’m Yours”, “Superstition”, “Living for the City” and the magnificent album “Songs in the Key of Life”. Mr. Wonder’s impact in music began to blossom and continues to blossom to this day. Everyone you know knows at least one song by Stevie Wonder. That is due to his dedication to his musicianship and to himself as an artist.

It is an honor and privilege to be able to explore his journey from a scholarly lens. His persistence and his passion for his craft motivate me in my artistry. He has proven that no matter what you were born into or born with, there is always space for your purpose to be fulfilled-you just have to believe and agree with it. 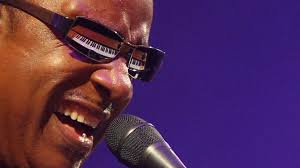