Who Gone Snatch the Crown…Look Around… White People Have Snatched The Sound:Response to Breakfast Club Interview 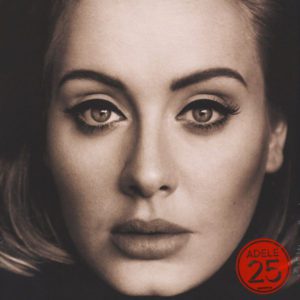 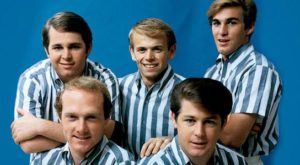 Michael Eric Dyson has been known to speak on issues facing the black community whether in his college courses, books, or interviews. However when I began watching his interview on The Breakfast Club it was a little strange that he began discussing Beyonce. However when he began to speak it was so clear that this too was an issue that African Americans are facing and have been facing since we’ve been making music. They started their interview discussing what was known as the “Beyonce Grammy snub” which refers to when Adele won Album of the Year for her album 25 beating Beyonce whose Lemonade was also nominated. Adele’s album was known and was widely regarded as great especially with it’s lead single being “Hello” , however it was no match for Beyonce’s masterpiece of an album Lemonade. Lemonade was a beautiful story of love, failure, redemption, doubt, anger, and reconciliation. Not only was the message phenomenal, sonically the album was great with not a single song lacking. But far more outstanding was her album release. Beyonce released her sixth studio album with only one single, Formation, and with no release date a release style made popular by Beyonce herself with her previous self-titled album. Along with the studio album she released a movie with visuals paired with each song available on HBO. Aside from musical impact Beyonce’s album had great cultural impact not only topping herself with her release but even having Presidential candidate Hillary Clinton quote her “I got hot sauce in my bag” lyrics. Adele’s’ win was was a total shock even causing the winner herself to accept with caution and on national television stating that Beyonce should have won the award. Dyson in his interview with the Breakfast Club stated that the win was “ theiverary pure and simple” and “she didn’t deserve to win in an era where Beyonce exists”. Now his last statement seems like Beyonce should just be given awards because of who she is. However she is a phenomenal woman who has one of if not the greatest work ethic in the entertainment industry who puts in the work for everything she is deserving of. No one in the industry puts together bodies of work and stellar shows to accompany them in this generation like she does. Sadly because she does this so effortlessly and no one else is doing it to her caliber it seems as though she is overrated, when all actuality she is praised for the amount of work she puts into her craft.

While watching this interview I had to open up my eyes. I began to think about when this had happened in the past. After he mentioned these events I began to vividly remember the nights watching the Grammys and seeing Macklemore beat Kendrick Lamar, and especially the infamous night Kanye interrupted Taylor Swift’s acceptance speech at the VMA’s to let us all know that the true winner that night was Beyonce’s Single Ladies and was villainized for it. During the Breakfast Club interview it was stated that in the last 20 years, as of 2017, only 2 black artists have won album of the year. In those years we’ve had a plethora of black artists ranging from Jay-Z, J.Cole, Beyonce, and Chris Brown none of which in those 20 years have won the category. They’ve taken home Rap Album or Song  of the Year and R&B Contemporary Album or Song of the Year, but never Album of the Year. Black Artists in terms of the Grammys have been put into a box and up until recently were the categories that we won even televised. Beyond getting award recognition, I began to think about what we’ve been discussing in class these past few weeks. I thought about how during the early eras of African American music due to illiteracy whites would come and publish black music and make money of black creatives. Or even seeing how white artists would try to “rag” their own music rather than knowing how to truly play ragtime. What really strikes me is how artists like Elvis Presley or the Beach Boys would steal unknown or known black music and record it and make it popular music never paying homage or simply paying the black artist. It blows my mind how people don’t know that “Hounddog” isn’t originally Elvis’ song and that the ever so popular Surfing USA is completely ripped off from Sweet Little Sixteen by Chuck Berry.  I even remember watching my favorite movie as a child “Dreamgirls” and at 8 years old I watched a black male group sing a song full of rhythm and soul and have it stolen by a rhythmless white group very Beach Boys esque. It’s not enough that now black artists aren’t properly awarded, but before that was even a thought it’s a shame that before of thinking of winning a Grammy artists had to worry about hearing their song that was from their heart and soul lyrics from their life and experiences stolen on the radio while they made not a dime and their white counterpart would probably win a grammy for it or it’d become their most popular hit.

Michael Eric Dyson explicitly stated that “excellence in white culture beats genius in black culture.” For me this simply means that when a white person is good at something it trumps the fact that black people have created it, been good at it, perfected it, and made it popular enough to reach white households where they can then be influenced and become close to even try to emulate it. His ideas echo the sentiments of those rightfully upset at Timberlake, Thicke, and Sam Smith like Stephanie Mills who states that “America wants black music but not from black people.” It makes total sense now why J.Cole would state in his song Fire Squad “white people have snatched the sound” or why in his song Crooked Smile he says “I asked if my skin pale would I then sell like Eminem or Adele.” It seems that to me white people feel as though because there are exceptions like Adele in R&B and Eminem in Rap that they are the rule and because they can sing and rap like black people, black people are not the only ones that possess those gifts and anyone can achieve it. Therefore it seems they feel why should blacks be praised when everyone can do it. But the truth is there is a reason that when “Before I Let Go” or “Summertime” comes on at a cookout everyone’s head begins to nod. Rhythm is embedded in us and just because a few white artists have dedicated their lives to studying and imitating a style of music that has influenced them does not make them the rule it merely makes them an exception. The treatment of Beyonce, and many other artists past and present is reflective of the role of the African American in this country. The way artists are underpaid and ripped off from labels capitalizing off of their talent and how artists are snubbed of recognition is reminiscent of how slaves for no pay labored and were the the reason America was the dominating economic force they were doing those times but were treated like less than nothing. This treatment lets African Americans know just how disposable we are in this country and how we are used for whatever whites need whether it’s labor, music, or inspiration for whatever seemingly groundbreaking trend they thought they came up with. Chuck Berry is the father of Rock and Roll, or even Muddy Waters as the Rolling Stones were named for his hit song, Eminem is not the rap god, there’s no such thing as “blue eyed” soul, and Beyonce was well deserving and robbed of the 2017 Album of the Year Award at the 59th Annual Grammy Awards.