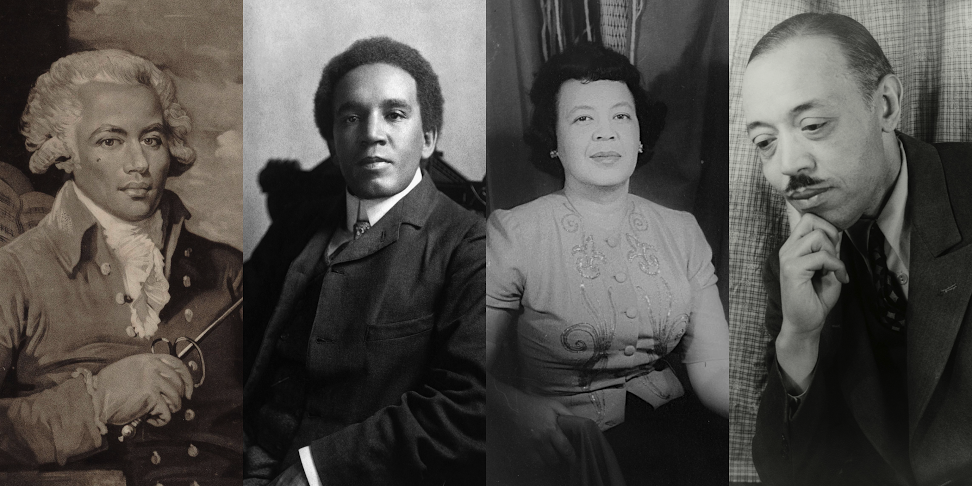 Classical music has been around for ages having roots in the medieval times around the 500-1400. Western composers first introduced the genre in the 1700. Since the classical period is between the baroque period (1600-1750) and the romantic period (1800-1920), it is credited with music being composed from the 1750-1820. Black composers began to get involved in classical music after the Emancipation Proclamation was passed in 1863. African Americans began to learn and adopt classical music through the teaching of European immigrants and European natives. The period after the Emancipation Proclamation brought opportunities for professional training and exposure for black composers.

Classical music is a technical genre that requires precise and developed structures in its compositions. Its’ music is straightforward, tuneful, and melodious with homophonic harmonies. Composers of classical music wrote short compositions based on different elements. This included European American models like hymns, ballads, and marches. This also included social dance music such as waltzes, polkas, and quadrilles. Finally, composers wrote music for piano arrangements of patriotic songs, minstrel tunes, and popular operas. Classical music incorporates European styles and techniques. Classical music incorporates instruments like the strings, woodwinds, and  brasses into its music. Classical music uses a single melodic line and focuses on simplicity over complexity. This allows for more details and attention to be put onto the instruments that are used. Concerto and Sonato forms were defined and used, but Symphonies were created in this period and gained more popularity. The style of Classical music is style galant, which means that there is elegance in this music. Crescendos, diminuendos, and sforzandos are used throughout shows to bring changes of mood and timbre. When black composers began to compose classical music, they infused a folkloristic element into the classical music.

Classical music has had some good and bad social implications on African American society. This genre was and still is one of the most racist genres of music, as black composers are hardly ever welcomed or recognized. This is particularly seen through the fact that white people are still playing black face, instead of hiring black people to sing, compose, and perform classical music. However, in the 1920, the Harlem Renaissance gave birth to art that was encouraged and praised. In this period, black composers were able to experiment with Negro spirituals and African American folk songs as art songs. The Harlem Renaissance was a period that encouraged freedom and confidence, in black composers of the classical music genre.

Although society doesn’t think of black people very often in the classical music genre, there were still many important performers in this genre. During the antebellum period, Newport Gardner flourished. He was a composer from Rhode Island who had been considered the earliest black singing school master and composer. Later, in 1791, he would open a singing school in Newport, to help black and white students. Francis “Frank” Johnson was a leading black composer of the Philadelphia school. He was a teacher and a band director who gained popularity after his publication of A Set of New Cotillions (1818). He eventually would organize an orchestra and a smaller military band to tour the eastern seaboard of the United States. Florence Price was the first African American woman to be recognized as a symphonic composer internationally and have a composition played by a major composer. Later, she won the Wanamaker prize in 1932 for her Symphony in E. Minor. There were many other prominent performers in this genre including but not limited to: Harry T. Burleigh, Shirley Graham, Eva Jessye, David Baker, and George Walker.C

In terms of commodification, this genre was not dependent on the negro. Since the negro’s inherited it, there was already concerts being performed which artist got money for. Because Black composers were not seen as “competent” or recognized for their work before the 20th century, many didn’t get any compensations for the music they did. However, this changed after the Harlem Renaissance made its’ impact on the world. Because the Harlem Renaissance was a period of literary and artistic flow very different from what people had known before, white Americans would come to Harlem to encounter and consume the artistic ability of these black composers.

During the closing decades of the 20th mid-twentieth century, Black composers began to incorporate the sounds of urban Black America in their compositions. This led to the birth of a nationalistic style of African American concert music. In addition, classical music had an influence on the structure of jazz music, the different variations of the jazz genre, and even some pop music today.

Black presence in classical music has shown me what my people have known for years: African Americans are never credited or recognized for the creativity that we bring into predominantly white spaces. I think this was an interesting genre to explore. I say this because often when someone thinks of classical music, they don’t think of black people in this genre. I also thought it was important to note the resiliency that black people have in a genre that is very strict in style and form. Black people continue to defy the norms that are placed on us especially in the music field.