TLC is a female R & B group consisting of T-Boz Watkins, Left Eye, and Chilli. The group originated right here in Atlanta, Georgia in 1991. T-Boz, born Tionne Watkins in April of 1970 is an American singer, songwriter, actress, author, and executive producer born in Des Moines, Iowa. Left Eye, born Lisa Lopes in May of 1971 was an American hip hop recording artist, and dancer born in Philadelphia, Pennsylvania. On April 25, 2002, Lopes was killed in a car crash while conducting charity work in Honduras. Chilli, born Rozonda Thomas in February of 1971 is an American singer-songwriter, dancer, actress, television personality and model in Atlanta. 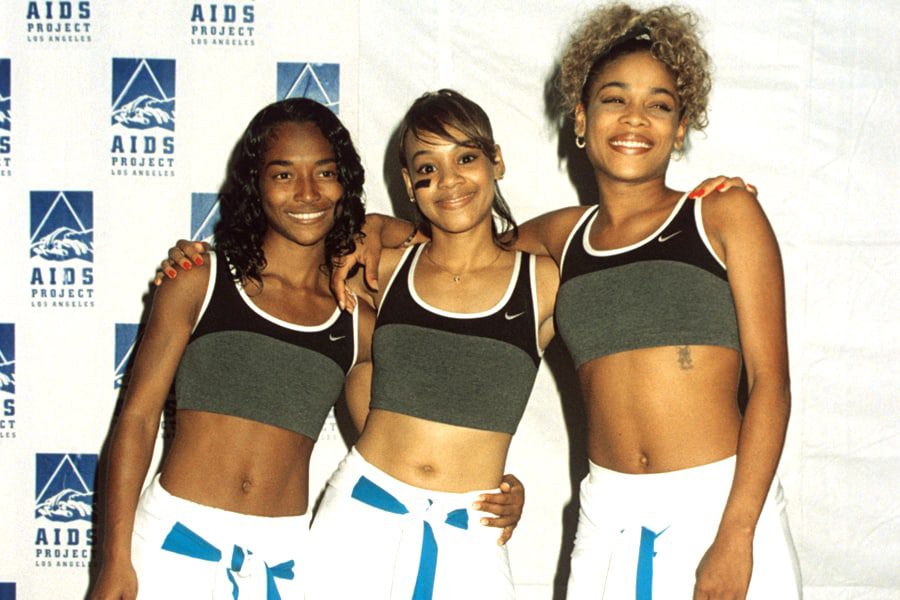 TLC was very successful during the 1990s. Their debut album, Ooooooohhh… On the TLC Tip, was released on February 25, 1992. It attained three top-ten singles on the Billboard Hot 100 with “Ain’t 2 Proud 2 Beg“, “Baby-Baby-Baby“, and “What About Your Friends“, and “Hat 2 Da Back“. Overall, they achieved nine top-ten hits on the Billboard Hot 100, including four number-one singles “Creep“, “Waterfalls“, “No Scrubs“, and “Unpretty“.The group also recorded four multi-platinum albums, including their second album CrazySexyCool (1994).  Having sold over 65 million records worldwide, TLC is the best-selling American girl group. On the third album Titled FanMail, the album was released in February 1999. It received eight nominations, and won three awards: Best R&B Album, Best R&B Song and Best R&B Performance by a Duo or Group with Vocals, the last two for “No Scrubs”. During and after the release of FanMail, Lopes made it known to the press on multiple occasions that she felt that she was not able to express her true self in TLC fully. After the conclusion of the successful FanMail tour, the group took some time off and focused on personal interests. Lisa Lopes was the first to begin recording her solo album, Supernova. After her debut solo album flopped  “Left Eye” started working on her second solo album. On April 25, 2002, before the album was completed, she died in a car crash while filming a documentary in Honduras. In June 2003, a year after the death of Lopes TLC appeared in what was announced to be their last performance by New York radio station Z100 held at Giants Stadium.

TLC paved the way for many future all-female bands, from Spice Girls in the UK to Destiny’s Child in the US, conveying a unique sound. Their music offered a rare blend of  R&B and hip hop, incorporated with bold fashion styles. Personally, I love listening to TLC’s music because it promotes the strength of women. As well as their fearless fashion style, the mix of tomboyish clothing and bralette. Their style signifies that women were born to have a choice. TLC can be described in many ways, however, they are and will forever be a unique sound that can be imitated but never duplicated. 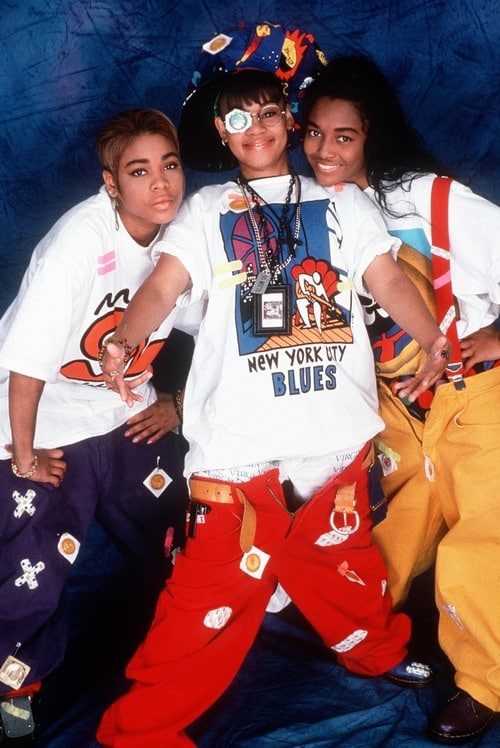