Ragtime can be described as song and dance inscribed in syncopated  instrumentals. It has a great combination of early jazz and classical music, and written and oral tradition.  There are many different styles and sub-genres of Ragtime, including two-step, foxtrot, and folk ragtime. 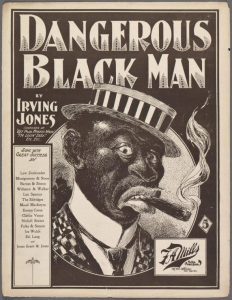 However, there is a very, interesting (for a lack of words) sub-genre known as Coon songs. Coon songs can be considered a pre-pop ragtime sub-genre, they were popular until around 1901, and are crude, racist songs sung by white performers in black-face that promote negative stereotypes and images of black people. 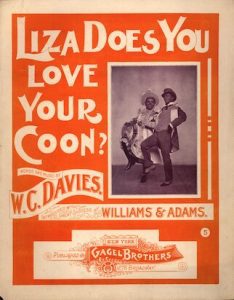 It is hard to believe that such a music genre exists, but on top of that, it was extremely popular. Most composers at that time were creating coon songs, as there was a high demand for them. Fred Fisher composed “If the Man in the Moon Were a Coon”, which sold three million copies! While most of the songwriters were white, there were Black composers who also wrote coon songs.  Ernest Hogan wrote “All Coons Look Alike to Me“,  which is considered the most famous coon song. 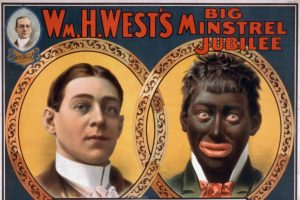 Why would Black people want to write such disgusting and offensive things about their own people? Well at that time(and to this day) it was all about the money and success. If white people enjoyed it, why not make music to cater to the buyer? It is still a crazy thing to grasp, that the sounds and rhythms of black people, former slaves and their descendants, would be used to mock and tear them down. Ain’t that America.