Techno, house, and rave (electro) are the primary forms of electronic music in Detroit. Though these forms of electronic music are not identified as African American on a global scale because several people associate techno music with the dance floors of Europe, the futuristic dance music that became known as techno was actually pioneered in Detroit.

Techno is a form of futuristic dance music that emerged in Detroit in the early to mid-1980s. This form of music includes electronic instruments such as the drum machines, multitrack mixers, computers, and samplers. 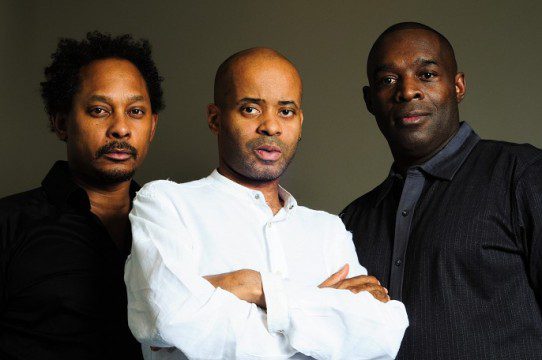 In the 1980s,  three high school friends, Juan Atkins, Derrick May and Kevin Saunderson, from Michigan, began making music with the idea of combining the influence of electronic artists such as Kraftwerk and Giorgio Moroder and funk bands like Parliament and Prince.

The music spun on Detroit’s late-night radio show “The Midnight Funk Association” by its DJ, Charles “The Electrifying Mojo” Johnson inspired the “Belleville Three,” as they would become known. Following, they began to DJ in the city, producing their own tracks and mixes. As a result, an underground scene grew around the three and other pioneering acts, including Mad Mike Banks, Jeff Mills, and Eddie Fowlkes as they recorded under various guises and labels. Moreover, in 1998, with international success, the “Belleville Three,” branded their dance music as “techno” for the first time in order to differentiate it from other styles, such as the Chicago house that also was popular in Europe.

The name techno represented the industrial and futuristic sound they had created, which was heavily influenced by and reflective of their city. In addition, the key musicians in Detroit techno opened a club called The Music Institute. The club did not last long; however, many of the club’s patrons emerged as the second wave of Detroit techno in the early 1990s, which included raves.

In Detroit, the local rave scene began in the 1980s and hit its peak in the mid 1990s and continued onto the 2000s. A rave is a large-scale, all-night party featuring electronic dance music such as house, a style of electronic music originating in gay Black clubs in Chicago during the 1980s, and techno. During this genre of music, large-scale parties dominated by young, White youth coexisted with the electronic music scene that came before in Detroit.

In 1988, Neil Rushton and Ten Records in the UK released Techno: The New Dance Sound of Detroit. Following, the spirited rave scene in Europe began. Soon after, youth in the US reproduced the british renovation of Black American techno, and it quickly became a part of the US youth culture as American club promoters and DJs in Detroit and other places began to host their own raves.

A producer and DJ named Richie Hawtin from Canada, across the river from Detroit, was the first figure to introduce raves to Detroit. Following, several other promoters such as Terrence Parker, Buzz Goree, Kelli Hand, DJ Minx, all African American, and more held large-scale electronic music events. Moreover, producers left their mark on electronic music. For example, Anthony “Shake” Shakir released “Roaming,” which showcased his unique skills with drum breaks, sampling, and breaking up and layering complex. 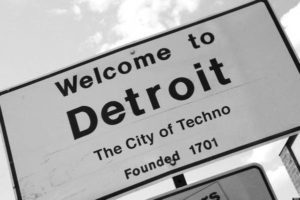