by AnnaLiza Carey and Katie Eugene

In our study of folk music, my partner and I focused on two artists: Elizabeth Cotton and Leadbelly, to understand the influence and style of African American artists in the genre of folk music. There are a number of characteristics that make folk music, folk music. This genre has simple melodies based on Irish, Scottish and English music from the 17th century. Folk music also has roots originating in African American music from the 1800s. Another characteristic of folk music is the simple scales for such as pentatonic minor, pentatonic major, major melodic minor and Mixolydian. The genre also has simple time signatures like ¾ or 4/4.

Both Leadbelly and Elizabeth Cotten, were monumental figures in American folk music. Leadbelly contributed a number of hits as well as influencing techniques to the genre of music, an example of one of the techniques in some of the recordings he would make a unique type of grunt between his verses. Elizabeth Cotten was an iconic American folk artist who is best known for her very unique way of playing the guitar made for right-handed players upside since she was left-handed. This position required her to play the bass lines with her fingers and the melody with her thumb. Cotten’s style of playing is now known as  “Cotten picking”.

We were both surprised to discover that African American artists were the foundation of a genre now seemingly reserved exclusively for White Americans. Thus, we shifted our research to investigate more about how the Folk genre transitioned from African Americans to White Americans. We were able to sort through a number of opinions about why this transition occurred, but one particular societal concept connected to the life of Lead Belly that we’d already observed. Several articles defended that the root of African American musical disenfranchisement is at the root of the tendency to celebrate White artists with Black influence, and not the inverse or the original artists themselves. Lead Belly’s music was much more recognized and celebrated at a much larger rate after his death when his music was made popular by White artists. There is a need for Black music to first be validated by non-Black people for it to be found valuable and worthy, which sadly, still occurs today with some music trends and genres. 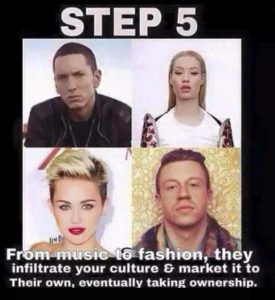