The 1920’s was a transformative period of time as the rise of Jubilee quartets began to flourish within America. Jubilee quartets were popular African American capella ensembles.  These quartets showcased four-six voices, and formal arrangements sang in four-part harmonies.  Although there was a plethora of Jubilee quartets, one that became extremely popular upon its formation is The Soul Stirrers group. The Soul Stirrers transformed the repertoire of the traditional jubilees by blurring the lines between secular and religious music, while also achieving a deeper and more emotional gospel style. 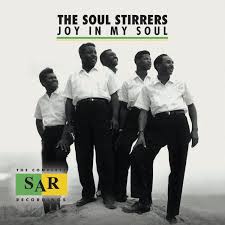 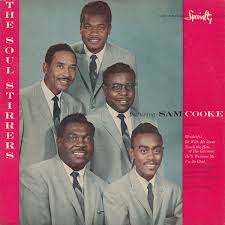 The History of the Soul Stirrers

The formation of the Soul Stirrers dates back to 1926 in baritone Texas.  The group was originally constructed by member Roy Crain, who along with a group of other teens sang gospel for audiences in church. Their performances were known to “stir the soul” which is how the name “Soul Stirrers” was created. After the reformation and relocation of the group to Chicago in the 1930s, the group began to steer away from signature traditional gospel and tight harmonies and instead began to branch out to a harder style of gospel which included longer performances and more shifting leads in melodies. This transformation in style is what gravitated people to a new type of gospel which caused the groups reputation to grow in the 1940s.

Their rise to fame 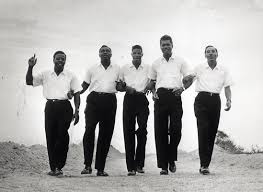 The Soul Stirrers were first recorded in 1936.  Within those recordings, the group took their own approach to the modern gospel by creating their own rhythmic inventions and harmonies.  Less than ten years after those recordings, the group performed live for President Franklin D. Roosevelt and British prime minister Winston Churchill at the White House lawn.  The group began to flourish and began to receive even more recognition once member Sam Cooke joined. One of the famous songs that Cooke was featured on was “Jesus Gave me Water”. His lead vocals contributed to the new style of the modern gospel and the song, like many others they produced, included sustaining melodies in order to create “syncopated tension” . By the 1940s the group was known nationally and toured around different parts of the country. The Soul Stirrers gained success for over three decades while creating four separate albums throughout the journey.

The Soul Strirrers contributed to the reformation of the mordern gospel by creating their own stylistic approach.  Their use of losened melodies, syncopated tension, and overlapping leads inspired so many other jubilee quartets and other groups to conform to a new and creative type of music style, while still keeping elements of the orginal gospel style of Jubilee quartets.