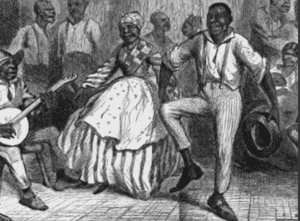 According to historians, Negro Spirituals arose in the late 18th Century. Though many are unsure of the exact year, historians predict that spirituals originated in the 18th century due to that being the period when a majority of African-Americans converted to Christianity post Great Awakening. One of the few things slaves brought over from Africa was their love of music, as it was essential to their livelihood, but was banned due to it being described as “barbaric” by whites. As many slaves were forced to convert to Christianity, they began to identify with the stories in the Bible. They implemented them into their spirituals to express their pain and bondage through song. In America, Spirituals are considered to be the first form of religious music. It has since evolved into famous forms of gospel music we know and love today.

Negro Spirituals were most commonly sung in “Invisible Churches,” due to the fact that slaves were prohibited from gathering or worshipping without the presence of their white counterparts. Instead, they were forced to attend white churches during the day and only observe from seats in the back. Invisible churches took place in the middle of the night to ensure that slave masters were asleep. In doing so, they avoided the painful consequences of being whipped, branded, or even hung. Invisible churches began with prayer, then communal singing, testifying, and sometimes would finish with preaching. Though when it came time to sing, spirituals often included aspects such as call responses and ring shouts. Call responses were typically found in negro spirituals, where the lead makes a statement and it is then answered by the group. Ring shouts were often more upbeat and included the group, but also included singing and hand clapping with all of the members in a circle moving counter clockwise. Each of these are major aspects of the genre that add to the uniqueness of Negro Spirituals.

Though spirituals were used as a way to worship, they were also used to communicate in code. For example, historians believe that songs such as “Steal Away to Jesus,” “I Got My Ticket,” and one of the most well known spirituals, “Go Down Moses” all were songs used to signal other slaves that were planning an escape. Negro Spirituals gave slaves the opportunity to establish their own way of communicating with each other, and was also found to be a huge aid in signaling important messages to other slaves without the slave master even noticing.

Notable Negro Spiritual performers include that of Marian Anderson and Paul Robeson. Anderson faced much opposition as a black singer in the 1940’s, but used her platform and popularity to represent the African-American community in their fight for equal rights. Her most famous performance includes her concert at Lincoln Memorial, where she performed multiple Negro spirituals. Another important performer is Paul Robeson, who was the first to sing an entire concert of Negro Spirituals. Robeson used his talent through spirituals to reach various audiences to break down racism.

Due to the time period during which Spirituals were created, these songs were never turned into commodities for the early creators to reap the benefits of. However, later on many were modified and re-released as more black musicians arose and reclaimed many of their community’s well known spirituals.

Various aspects of Negro Spirituals have evolved into today’s current religious music such as, Traditional Gospel, Contemporary Gospel, and Urban Contemporary. Spirituals have influenced these current genres, and even today these songs are used to emphasize that no matter the situation God is present and will bring his people out of suffering. We see this idea present in gospel songs like “Never Would Have Made It” by Marvin Sapp and “I Smile” by Kirk Franklin. Though Spirituals began in a different time period with different struggles, we are still using music in the same way we used it in the 1800’s, to express our frustrations through song.

As I have researched Negro Spirituals this past week I have learned much about the foundation this genre created in regards to religious music. I also realize how so much of the way we operate in our churches today resembles the way it operated all those years ago. Similarities include, the service going a bit longer because the preacher was into the word, or the constant shouting and hollering from the congregation as a way of praise. Both of these first originated with our ancestors possibly in a hidden spot in the woods. I have  gained an appreciation for the fact that I am privileged to worship without the fear of being punished, but also admiration for my people and the power that we will always have through sound to overcome whatever circumstances society throws at us.

“Wade in the Water”

“If you See my Saviour”