The Fisk Jubilee Singers where the first group to introduce the United States to Negro Spirituals. Although negro spirituals have a long history, it was only until 1871 when they became exposed to the nation. The Fisk Jubilee singers, named after the biblical “year of Jubilee” when all slaves were to be freed, were direct descendants of those who were enslaved. They travelled the United States and Europe, exposing white people to their intimate history with enslavement.

The Fisk Jubilee Singers are the Jubilee Quartet. Many years after Jubilee Quartets are acapella groups comprised of four members that sang different tones of a song to form a musical piece. One of the most famous Jubilee Quartets is the Golden Gate Quartet. The membership included Willie Johnson (baritone and narrator), Henry Owens (first tenor) William Langford (second tenor), and Orlandus Wilson (bass). Heavily influenced by jazz, they are well known for the technique that made their voices sound like instruments. 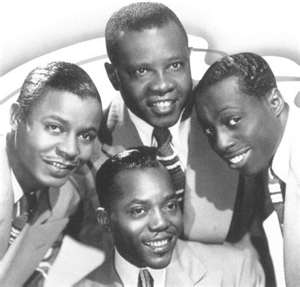 The Golden Gate Quartet breathed new life into negro spirituals. They added an upbeat tempo to the songs that brought their ancestors through slavery. With their jazz twist, they were able to reach the thousands of African Americans during that time. The Golden Gate Quartet’s music reminds black people what their ancestors endured, redefining the black experience. These singers paved the way for the many other genres that were to come.