The Ring Shout equally requires bodily actions and soulful shouts. To slaves it was more than just the biblical scriptures put into a song. For slaves at the time, it was all about their physical identification that they were able to express. This form of worship created a new world for the enslaved. Through dancing and singing they felt a sense of existence, a sense of freedom and total euphoria within themselves.

What is the Ring Shout?

The Ring Shout is a sacred ritual group dance that has its origins in Central and West Africa and was brought to America by Slaves. This dance symbolizes the connection between past, present and future. While their songs were referred to as stories from the bible, encompassing triumphs of the weak over the mighty.

Dances are performed by religious dancers, in a formed circle. There they shift their feet, and move around in counterclockwise direction one behind the other. The musical tempo is usually set by a single individual singing, with his lines being repeated or answered in a vigorous antiphonal pattern or even in a call and response manner. The rhythm is created by hand clapping, and foot stomping, or even by someone with a piece of wood beating the floor.

Inception into the United States 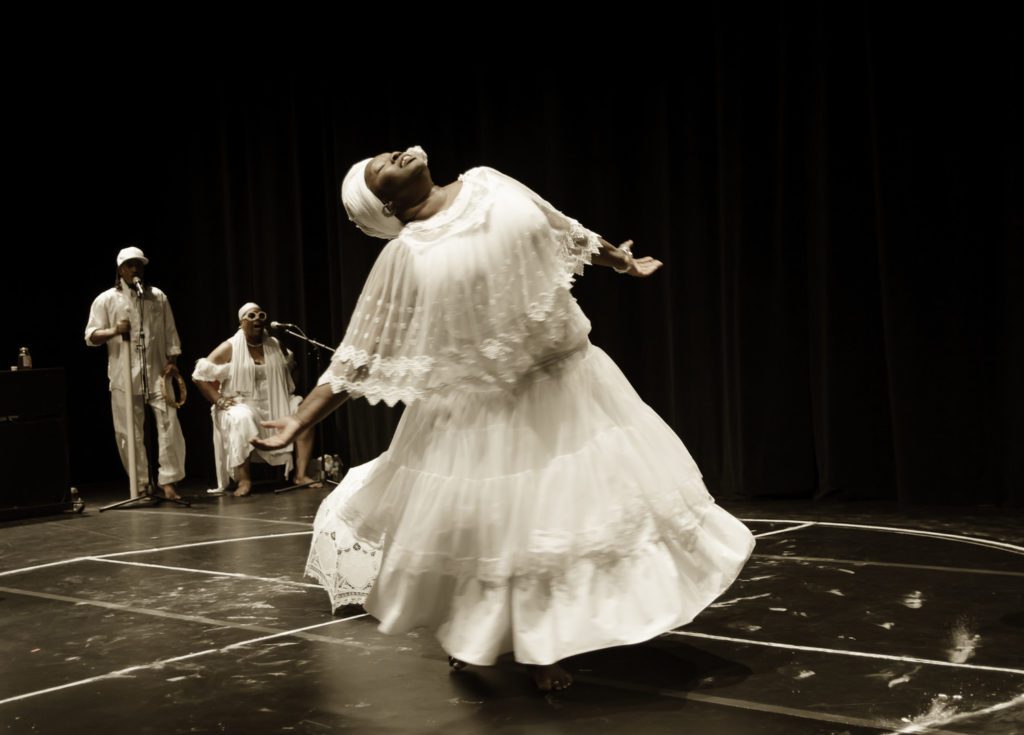 Negro Slave Songs otherwise known as Negro Spirituals emerged during the slavery era as a direct result of The Great Awakening. Out of this came Ring shouts. During these times, even though slaves were allowed to attend church services, these services were never carried out in the manner in which the slaves were able to acclimatize to. As a result, many rural slaves stayed after service to worship the way they knew, through singing and dancing.

However, many slave owners didn’t allow this manner of worship, which led to secret meetings in places referred to as the invisible church. The invisible church was a place that was designed for any gatherings other than praise and worship. The lyrics of the Negro slave songs were mainly based on the lives of the authors; slaves. There were two categories, spirituals and hymns. Spirituals were created by slaves, though it is religious music inspired by the message of the Bible, it was a way of sharing their hardships as a slave.  Whereas, hymns are strictly based on biblical scriptures.

Although the enslaved worked long hours, they made it their priority to attend these praise gatherings as this was their time of relief. This is where they were able to gather with others who were in the same struggle. They were able to congregate with brothers and sisters who had hoped for better days just as they had. This is where they would gather their strength to keep on fighting and their hope of better days.