Reggae music is a genre of music that originated in Jamaica in the 1960’s. The name reggae came from the term rage-rage which meant rags or ragged clothes. Reggae music emerged from a combination of Jamaica’s first pop music called Ska, and the American R&B and Jazz. Reggae’s early music focused on love, intimacy and passion between man and woman. The music is characterized by drums, bass and electric guitars, scrapers and a 4-beat rhythm.

During the 1970’s, reggae music started to make the international airways in places like America, Africa and Britain. By this time, the music started to gravitate toward the Rastafarian direction. Both the beat, as well as the lyrics changed. As the tempo slowed down the lyrics became more conscious. The lyrics started to highlight political issues in regard to social and economic injustices of the world. One of the leading artists in this movement was Bob Marley. He made the world aware of a lot of issues that aren’t typically seen in the media through direct and indirect messages. 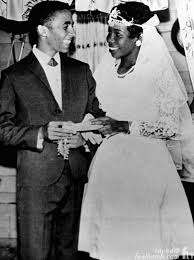 On February 6, 1945, in St. Ann’s Parrish, Jamaica, was born Robert Nesta Marley. Marley was born to white man known as Capt. Norval Marley, and a Black woman named Cedella. Marley’s father worked as a superintendent of lands for the British, in Jamaica where he met Cedella, a descendant of the slaves that were brought the country. His father went about engaging in his mom in a similar manner to slave owners by making promises he couldn’t live with. Capt. Marley promised Cedella he’d marry her, which he did after impregnating her, but by the next day he was gone. A young Black woman left to fend for herself and her unborn child.

In February 1966, Marley tied the knot with Rita Anderson. Together they had 4 kids; Cedella, David, Stephan and Stephanie. Being the man he was, Bob took initiative and adopted Rita’s daughter Sharon, from a previous relationship, making it a total of 5 kids. Over the years, Marley continued to procreate with multiple women, giving him a total of 11 kids. 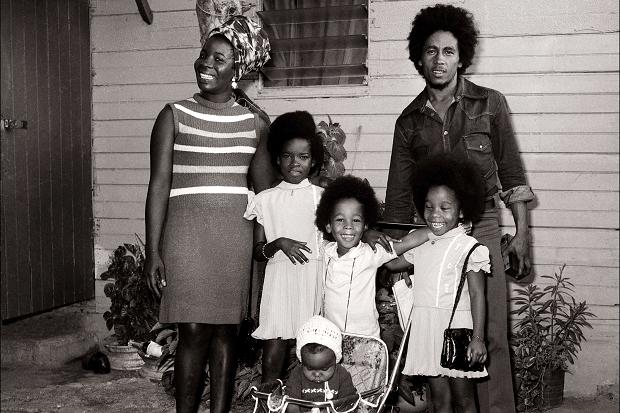 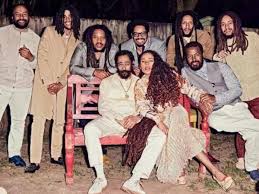 In 1958, at the age of 13, Marley tried his hand in Ska music but he eventually fell off. By 14 he was at it again. This time he left home in pursuit of a career in music. In Kingston, he worked under the influence of Joe Higgs who helped him to improve his singing skills. A local producer found Marley and liked his voice, giving him the opportunity to record his first song called Judge Not, which was released in 1962. From this marley got a vision for the future and decided to join forces with some of his closest friends. Together they formed the group known as “The Teenagers”. Members of the group included Peter McIntosh, Bunny Livingston, Junior Braithwaite, Beverly Kelso, Cherry Smith, and of course Bob Marley. Together they recorded their first single which became a hit in Jamaica. However, the group didn’t last long. Smith, Kelso and Braithwaite left the group, and due to financial difficulties Marley decided to migrate to the US, where his mother resided.  Approximately eight months after marrying his wife, Marley decided to return to Jamaica to reconnect with the band.

Upon reuniting with McIntosh and Livingston, they formed a group called, “The Wailers”. The Wailers became a smash in 1972, when they were signed with Island records and recorded their first album Catch a Fire. From this point on the group began touring in Britain and the US. later that year, the group recorded a second album, Burnin’, which featured one of Marley’s most iconic songs I Shot the Sheriff, charting at #1 in the US. By the time they released their 1974 album Natty Dread, McIntosh and Livingston had left the group in pursuit of their solo career. The album spoke to the political tension that was building in Jamaica between the People’s National Party (PNP), and Jamaica’s Labour Party. That same year Marley released another album, Rasta Revolution. With high political tension already permeating the air, this album was taken out of context assuming Marley endorsed the PNP.

Marley didn’t allow the social destruction of his home country stop him from spreading wisdom to the world. He continued recording albums and touring the world to make a living. In 1976, while preparing for a concert in Jamaica, Marley was a target of a shooting. It is said to be associated with his political affiliations, but no one knows for sure. Being the trailblazer he was, Marley continued to perform at the concert days later, bearing gunshot wounds. After the concert he left Jamaica, never to return again. 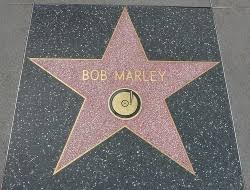 Bob Marley was more than just an artist, he was also a social activist. In Jamaica, Marley was a strong supporter of the PNP political party. Having great influence in the community, this meant no good for the party’s opponents and so Marley became a hit target. On the night of December 3, 1976, while rehearsing for an upcoming concert with his band, Marley was attacked. The incident left his manager dead, and him and his wife injured.

He believed in equal rights for all and wanted social change. He was never afraid to voice his opinion on western oppression and poverty imposed on Black people. In one of his songs he sang, “Emancipate yourself from mental slavery” meaning that though we are physically free our minds are still being controlled. Another one of his great hits was a song called War which is based on Ethiopian Emperor Haile Selassie UN speech in 1963. In the song he stated,

That until there are no longer first-class and second-class citizens of any nation;

The song is a cry for oppression and depression inflicted on the African people. It images an African continent without hierarchy, without prejudice, a continent that is free for all to live comfortably.

Bob Marley was, and still remains one of the world’s most iconic singer/songwriter. He spoke out against, racial discrimination, oppression, and inferiority. He used his stage to vouch for equal human rights for all, not just Blacks. He is the reason reggae music is where it is today, and fulfilled his purpose here by bringing consciousness to the people of the world. He never carried a gun, but he was feared by many because of the voice he had. When he sang he spoke truth and the entire world listened.

Emancipate Yourself From Mental Slavery, None but Ourselves Can Free Our Mind.

The truth is, everyone is going to hurt you. You just got to find the ones worth suffering for.

One good thing about music, when it hits you, you feel no pain.

Don’t gain the world and lose your soul, wisdom is better than silver and gold.

Herb is the healing of the nation, alcohol is the destruction