The Music Behind a Movement: How Spirituals Shaped The Civil Rights Era Spirituals were born out of slavery. European colonies ushered slaves into Christianity, beginning in 1740. This period was called the Great Awakening. However, slaves expressed their Christianity differently and on their terms. Spirituals also stem from the “ring shout,” a circular shuffling dance, including chanting and handclapping. Ring shout was common among early plantation slaves

Negro Spirituals were sung at religious services like a church or plantation houses. They were also sung at home or in the fields.

After slavery was abolished, many African Americans formed professional choirs like the Fisk Jubilee Singers and Tuskegee Institute Choir. They were able to travel the world and perform spirituals, folk, and gospel music through concerts.

White slave owners disapproved of the way slaves worshiped. Therefore, slaves had clandestine gatherings in places not designed for worship like fields, ravine, and living quarters. Spirituals served as a way to express the community’s new faith and its sorrows and hope. Many spirituals had some double entendre. There would be hidden messages in songs. For example, “Go down, Moses,” was a song used by Harriet Tubman to identify herself to slaves who might want to flee north.

The Power of The Tongue

Negro Spirituals played a vital role in inspiring and giving a voice to the civil rights movement. Martin Luther King, Jr explained, “sing the freedom songs today for the same reason the slaves sang them because we too are in bondage and the songs add hope to our determination that ‘We shall overcome, Black and white together, we shall overcome someday.”

During demonstrations, sit-ins, and boycotts, African Americans sang spirituals like “We shall Overcome,” “Wade in the Water,” “Swing Low, Sweet Chariot, and “Sometimes I Feel Like a Motherless Child.”

The lyrics of these songs were powerful. Lyrics like “Sometimes I feel like a motherless child”, spoke to how Black children were disposable. An example would be Emmitt Till. A Black boy who was accused of looking at a white woman. He was beaten, shot, and thrown into a river. These lyrics were real and when sung as a collective gave them morale and power to continue fighting and walking.

History has a way of repeating itself. African Slaves used spirituals to hold on to their sanity as they performed grueling work, worship, and escape bondage. Black people in the 1950s used spirituals to motivate themselves as they marched, in worship, and to escape the reality that was facing them. Negro Spirituals have had a significant place in Black rebellion and activism and will continue to be for generations. 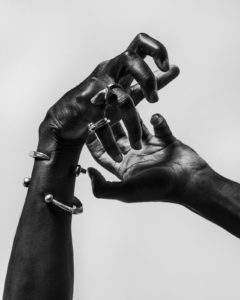 The Survival of Negro Spirituals

Negro spirituals are songs created by the Africans who were captured and brought to the United States to be sold into slavery. This stolen race

Sounds to Move Your Spirit: Negro Spirituals Thesis Negro spirituals were an essential component to the survival of enslaved African-Americans and demonstrate attitudes of resistance Do you hear the … Ring Shout

Do you Hear the … Ring Shout! Within the American public-school system, black/African American students are taught that their history begins in slavery. Early on, 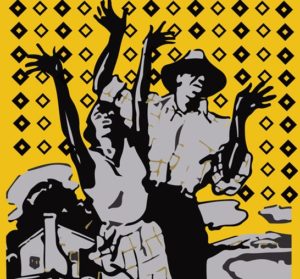 Spirituals, also known as “Negro Spirituals” was a style of music that consisted of religious folksongs that described the pain of slavery. Created by enslaved