The Life of Quincy Jones 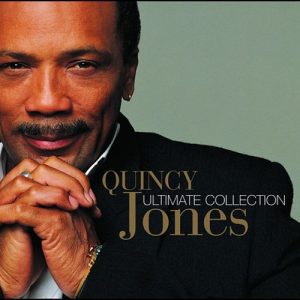 In the 1930’s Quincy Jones, an American record producer, film producer, composer, and musician made an impact in the entertainment industry. Jones was raised in Chicago and he attended one of the most extravagant performance universities, Berklee College of Music. After attending school no one knew he would attain about 79 Grammy award nominations, while claiming 30 of those awards. Towards the 1950’s, Jones became prominent as a famous jazz conductor while he was also making jazz arrangements. Jones became the first African American to be nominated for an Academy award, but he was also nominated for the best original score due to his original song composition, “The Eyes of Love”. Jones became nominated for so much that he began to break boundaries, therefore the Quincy movie came into play.

This Quincy movie focused on the life of Quincy Jones and when you reflect back on his life, we begin to evaluate the time periods that he was successful in and why it was significant that he was able to be as successful as he was. Looking back at him being the first African American to be nominated for an academy award, this was done in 1969. This was pivotal not solely because he was Black, but because at this time the civil rights act of 1964 had just been passed, and the voting rights act of 1965 had just been accomplished. At a time where Blacks had finally overcome the suppressions of White folks, Quincy Jones was still able to rise amongst all others. This is pivotal because we all know Black folks were not the ones determining who was eligible and they were not successfully attaining these awards. White folks held this power, and this showed one of the few times where white folks gave Black folks credit when credit was due, especially during the time of the Civil Rights Act and the Voting Rights act.

Jones’ music was vibrant, jazzy, and sometimes intersections different genre’s. The movie made usage of such characteristics and began to depict characteristics that Jones was able to attain throughout his life as well as what led him to attain such characteristics. We all know the music of the 1960’s to be more-so focused around rock, R&B, Soul, and it was also a byproduct of the past genre’s like the Jubilee Quartets, Blues, and Ragtime as it possessed the syncopated beats, the harmonic chords, and so on. However, the movie also depicts his influences on the 60’s as he helped with the Jackson’s album “Off the Wall” and was a part of the culture or music displayed in the 1960s.

Overall, the Quincy Jones movie helped to better show the life of Quincy Jones, his innovations and the contributions he made to music which shifted our understanding of music as we know it. The movie was great and while it is a Netflix original, it still continues to show the strides that Blacks have made and still have to make in order for our accomplishments to be recognized. We cannot just sit in the room, waiting and hoping to be recognized. We cannot just create amazing work and hope that others will give us the credit that is due. Instead, we have to continue to break boundaries and attach our names to our work, otherwise it will be rewritten, stolen, and recreated. Jones took a stand against this.