Who was Marvin Gaye? 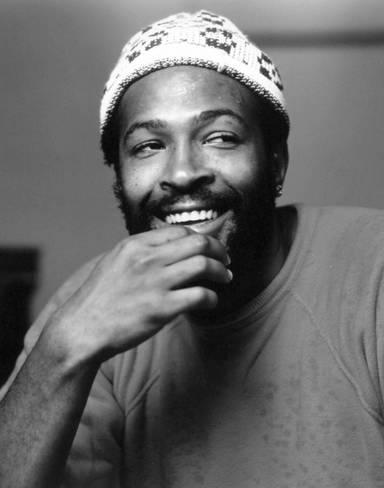 Marvin Pentz Gay, Jr. was born on April 2, 1939 in Washington, D.C. Marvin always had a love for singing and at an early age he sang in his church throughout his childhood. He was very musically gifted and talented since he could play the piano. drums, and sing. As the American music scene began to transition to the doo-wap, blues, and R&B, he began to broaden his singing style beyond just church music, he began to sing in the style of R&B and soul. During high school in the late 1950s, he joined a vocal group called The New Moonglows. Marvin proved to be a phenomenal singer because he had a vocal singing range in three different styles. This impressed The New Moonglows’s founder, Harvey Fuqua. Eventually, Motown founder Berry Gordy, Jr. heard about the work between Marvin and Harvey, which led to Marvin signing with Berry’s legendary Motown Records. This was the beginning of Marvin’s phenomenal music career and would lead to him known as  “The Prince of Soul.”  Due to Marvin’s musical, cultural, and political contributions to society and American popular culture, he was been award the commemorative stamp by the United States Postal Service on April 2, 2019. This would have been Marvin’s 80th birthday if he was still alive. 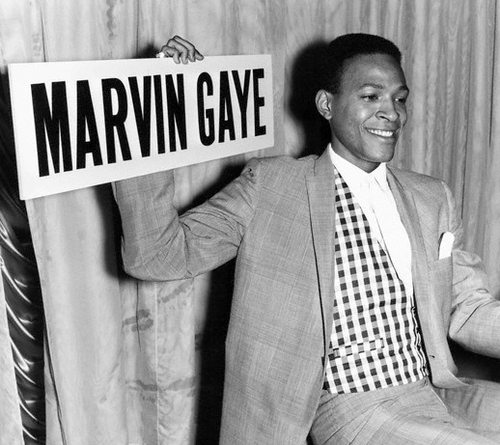 During the early days that Marvin was at Motown, he had several behind the scenes successes. He worked as a succession drummer for Motown legends Stevie Wonder, Diana Ross & The Supremes, The Marvelettes, and Martha and the Vandellas. With Marvin demonstrating that he could be a “renaissance man” since he could both sing and play different musical instruments, he decided to release his very first solo single “Hitch Hike” in 1962. The song charted into the Top 40 Singles charts.

Marvin sang both R&B and soul. His smooth, deep voice can be heard in songs such as “Sexual Healing”, “What’s Going On”, and  “Trouble Man”. He also had the ability to have a stronger voice and pitch, which can be heard in his songs “Ain’t No Mountain High Enough” and “I Heard It Through the Grapevine.” Not only was Marvin a talented singer, but he also was a very gifted songwriter. He did write some of his won songs and albums without any help. Pure musical genius.

Throughout the 1960s, Marvin recorded several hit songs, such as “Ain’t No Mountain High Enough” co-sang with Tami Terrell, “I Heard It Through the Grapevine”, and “Can I Get a Witness”. These songs broke racial lines since not only were African-Americans listening and buying his records, but so were many white Americans.

As the late 1960s progressed, there were many things politically and socially that was going on in America. The Civil Rights Movement was still happening, the Vietnam War was going on (1959-1973), the Women’s Liberation Movement was in its early days, and the LGBT Gay Liberation Movement was beginning to start. With all of these different political and social movements happening, Marvin had a lot of political opinions. He was very vocal about his opposition to America being involved in the Vietnam War and the violence that many protesters and demonstrators experienced (for example, the 1970 Kent State shootings).

This inspired Marvin to take greater risks in the subject matter and topics of the lyrics that he sang in his songs. In 1970, he released the album “What’s Going On”, and the single “What’s Going On” became a smash hit and success. It became his first #1 single on the Billboard Hot 100 chart. The album is cited as being one of the greatest albums of all time. This is proven since in 2003, Rolling Stone magazine listed the album as #6 on its legendary greatest albums of all time list. This increasingly expanded his music beyond just Motown and black fans. Marvin became phenomenal in his ability to garner a new audience while also maintaining his Motown listeners.

With Marvin’s critically claimed success with his 1971 release “What’s Going On”,he released another huge hit song, which is a revered love anthem called “Let’s Get It On” in 1972. The song became his second #1 single on the Billboard Hot 100 chart. He continued to expand his musical interests and capabilities. He became a producer, collaborator with Diana Ross and Smokey Robinson & The Miracles. In 1976, Marvin released another album called “I Want You”, and in 1977, he garnered another #1 hit song titled “Got to Give It Up”. In 1978, Marvin released his last album with Motown titled “Here, My Dear.”

With Marvin leaving Motown, he was one of the first Motown protegees to leave the record and go on to still be very successful independently from the label. Other Motown artists would follow in his footsteps, such as Stevie Wonder who also made a legendary music career and the late King of Pop, Michael Jackson.

Marvin stayed with Motown for nearly two decades and contributed immensely to black music becoming popular music to listen to for white audiences. In 1982, Marvin signed with Columbia Records. While with Columbia records, Marvin would begin to work on his last album before his untimely and tragic death in 1984, titled Midnight Love. The lead single from the album was “Sexual Healing”, which earned Marvin his first two Grammy Awards and an American Music Award for Favorite Soul Single. This was a major comeback for Marvin’s career.

While Marvin was very musically gifted and talented, he had made personal struggles. Throughout most of his adult life, he struggled with substance abuse and depression. This may have possibly stemmed from the fact that as a child, Marvin was physically and mentally abused by his father. This is what triggered Marvin to changed the spelling of his last name from “Gay” to “Gaye”. After his last tour before his death, he moved back into his parent’s home. During this time, Marvin and his father often got into violent fights. On April 1, 1984 (one day before his 45th birthday), Marvin’s father, Marvin Gay, Sr., shot and killed his son after a physical altercation. Marvin’s father said it was self-defense, but a few years later, a jury convicted him of involuntary manslaughter.

Marvin was married to his first wife Anna Gordy, the sister of Barry Gordy, from 1963-1977. The couple never had any biological children together, but they did adopt the biological nephew of Anna and raised him as their son, naming him Marvin Gaye III. In 1977, Marvin married Janis Hunter and had two more children, daughter Nona Gaye and son Frankie Gaye. At the time of his death in 1984, was survived by his three children, wife Janis, both of his parents, and his five siblings. 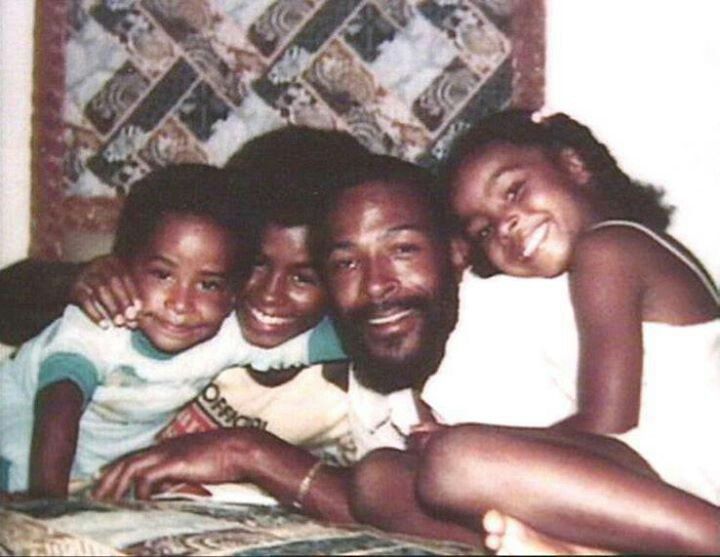 Marvin’s career has forever made him a musical legend and genius. He has been awarded tow Grammy Lifetime Achievement Awards, and has been inducted into the Rock and Roll Hall of Fame, the Songwriters Hall of Fame, and the Rhythm and Blues Hall of Fame. In 1990, Marvin was awarded a star on the Hollywood Walk of Fame.

Perhaps one of the most prestigious honors that Marvin Gaye has to his name is in 2003, the Library of Congress inducted his album What’s Going On into the National Recording Registry.

Because of Marvin’s hit songs, it is obvious that many famous singers have been influenced by his music. This has led to several copyright infringement and plagarism cases. In 2013, singers Robin Thicke and Pharrell Williams were accused of plagarizing parts of Marvin’s song “Got to Give It Up” in their hit song “Blurred Lines.” Marvin’s family was awarded $7.4 million in damages. It can be inferred that Marvin’s  highly successful career made in him not only a musical superstar, but also a multimillionaire. His estate earned more than $3.5 million in 2008. Later on, Forbes magazine ranked Marvin as #13 on their list of “Top-Earning Dead Celebrities.” 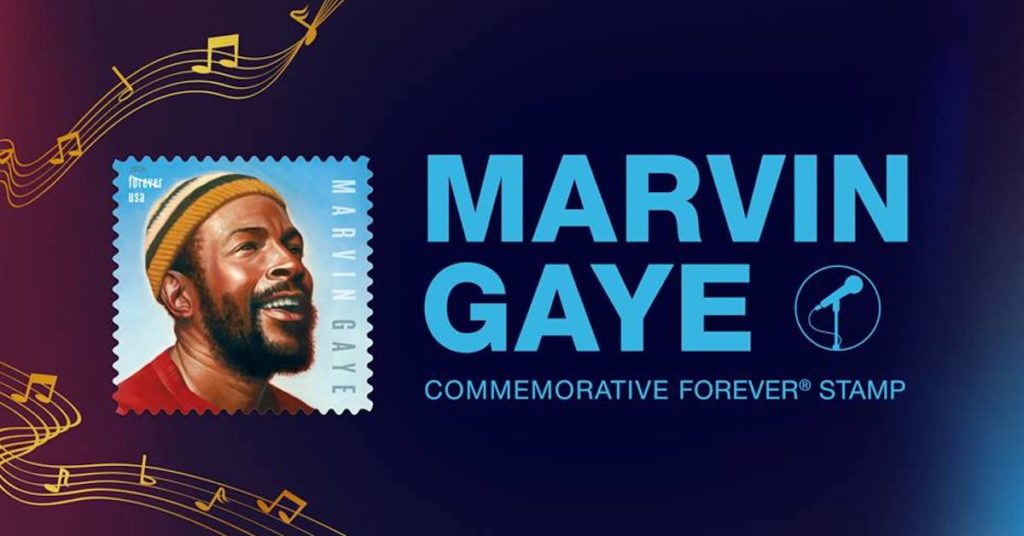 Marvin Gaye has a phenomenal music career. Not only did he contribute to the racial breakthrough of black music to white audiences and listeners, but he had a significant impact on the politics and society that was going on in American popular culture. Not only was he one of the most prominent black singers to speak musically about politics, but also one of the first artists of any race to do this. His music transcends just being a song, but the lyrics really reasonate with the opinions, thoughts, and feelings that many Americans were experiencing at the time.

Marvin Gaye also was on the first singers to prove that black artists could be successful beyond Motown and be independent in their musical expression and take risks. This was huge because black artists could do what they wanted to do and still be incredibly successful with both white audiences and black audiences. Marvin taking risks inspired other Motown protegees such as Stevie Wonder, The Jackson 5, and Michael Jackson to do their own thing and break free from the rigid roles that Motown gave them. It is an honor for the black community to have another African-American be recognized historically and nationally for their contributions to music and society.

This United States Post Office stamp is a huge deal and an honor. Marvin will be among many prestigious and highly influential African-American leaders. Other African-American musicians that have U.S. Postal Stamps include:

“African American Subjects on United States Postage Stamps – Who We Are.” USPS, about.usps.com/who-we-are/postal-history/african-american-stamp-subjects.htm.