Marian Anderson was the greatest arranged spiritual singer to ever live. Her talent was recognized at a very young age and she eventually became known worldwide. Although she faced many trials in career due to segregation, she continued to complete many great accomplishments. 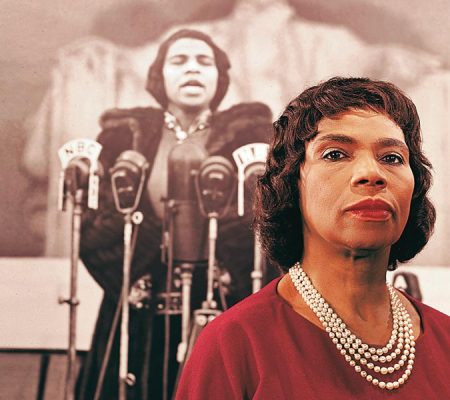 On February 27, 1897, Marian was born in South Philadelphia where she grew up singing spirituals at home with her family. Inspired by her aunt Mary, Marian joined the Union Baptist Church choir at the age of six where her singing began to thrive as she sang many solos. As her passion for singing continued to grow, Marian joined a prestigious African American ensemble in Philadelphia called the “People’s Chorus” at the age of 10. Her father was struggling to make ends meet for their family, so he could only invest in his daughter’s singing by buying her a piano.

At the age of twelve, Marian’s father passed away, leaving their family to struggle financially. As she mourned her father’s death, she proceeded to enhance her vocal skills. Her church saw so much talent and decided to raise money to provide her with voice lessons that introduced her to opera. Ms. Anderson applied to the Philadelphia Music Academy where she was denied because she was Black. However, this did not discourage her. Marian’s hard work led her to win her first prize in a competition that was sponsored by the New York Philharmonic. 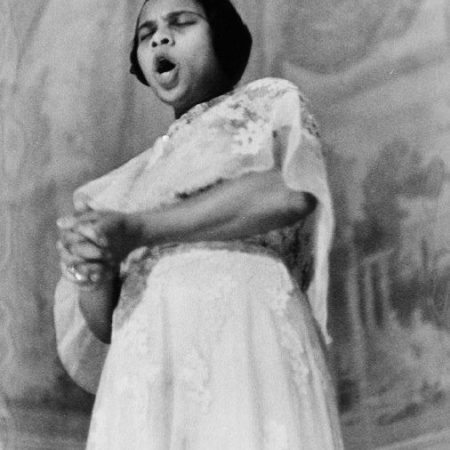 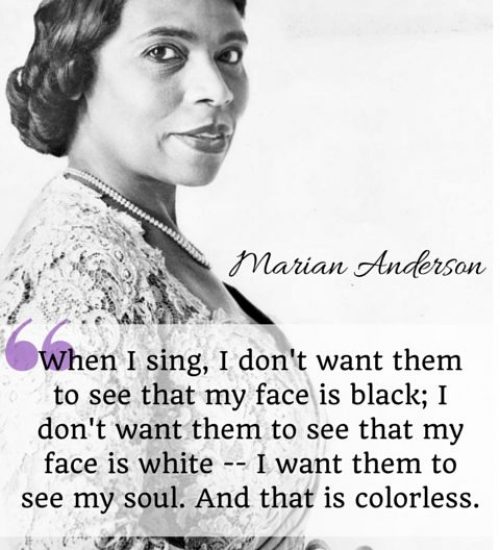 Even though Marian delivered many performances as an opera singer, she always included arranged spirituals. She knew incorporating African American spirituals into her opera performances would allow others to see the talent of African American’s since most venues remained segregated. Due to segregation, Marian decided to tour Europe in the early 1930’s where she did not have to worry about the treatment she would receive because of the color of her skin.

Marian persisted to give performances in the United States despite the segregation barrier which led her to complete over seventy recitals a year in the late 1930’s. In 1939, Howard University invited Marian to sing in Washington D.C where she knew a large crowd was expected. Marian wanted to perform at the Constitution Hall, but was not allowed because of the “white artists only” policy the Daughters of the American Revolution (DAR) had. As a result, over 75,000 people came to see Marian’s performance that was held on the steps of the Lincoln Memorial. Later on, the DAR invited Marian to sing for an integrated audience to benefit the American Red Cross. Ms. Anderson even sang for President John F Kennedy’s inauguration in 1960. She was also very passionate about the Civil Rights Movement in which she supported by performing many benefit concerts for different foundations. Marian Anderson created such a large impact worldwide before her passing on April 8, 1993 in Portland Oregon from congestive heart failure.

Listen to Marian's Performances Below!