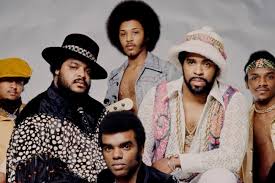 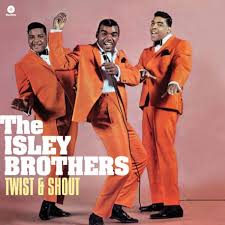 The Isley Brothers are an R&B/Funk singing group of biological brothers from Cincinnati, OH. They are one most influential R&B groups to ever exist because their work made a huge impact on the R&B and Hip-Hop genres, and influenced many R&B artists after them. At first the group consisted of Ronald, Rudolph, and O’Kelley Isley. In the 50’s, they started singing gospel music in their hometown with their brother Vernon, who passed away in 1957. The same year of their brothers passing, the group moved to New York to begin their music career and released some singles before signing with RCA records. They released their hit song “Shout” with RCA, but after that song they were unsuccessful in releasing other hits. “Shout” is a song the the group self-composed and is now considered a classic. The group was also signed to Wand and Atlantic records and released their hit cover of “Twist and Shout” and the hit song “Who’s that Lady”. However, both record labels did not bring them that much success.

T-neck records is record label that The Isley Brothers, due to that lack of success they had with record labels they were previously signed to. In the label’s early stages, The Isley Brothers released the song “Testify” that featured Jimi Hendrix in the beginning of his career. The group had to stop T-Neck records briefly, and sign to Motown records due to their work at T-Neck going unnoticed. T-Neck records was reactivated in 1969. During this time The Isley Brother’s added two of their younger brothers to the group, Ernie and Marvin Isley, as well as their cousin, Chris Jasper. Through T-Neck records, the group released multiple successful albums that had more of a funk sound that was inspired by artists like James. Some of their popular hits released through T-Neck include “It’s Your Thing” and “I Turned You On”. 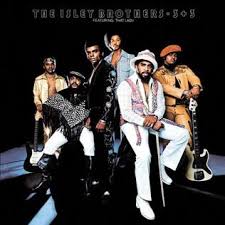 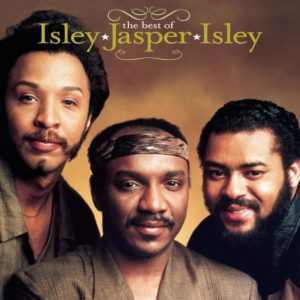 In the 1970’s, the Isley Brother’s include more elements of Rock music in their songs by using work from composers like Bob Dylan and Carole King. One of their most successful albums in the 70’s was 3+3 which was released in 1973. The album was released via a distribution deal with CBS records. The album includes the song “That Lady” which is a revamp of their song “Who’s That Lady” that was released earlier in their career. The electric guitar, played by Ernie Isley, is a key element in the revamp and became apart of the Isley Brother’ s sound. The group became well-known in the black community and hit black music charts, but they were largely unknown to the white community due the rise of disco and rock in the late 70’s. In 1984, the 3 newest members of the group, Ernie, Marvin, and Chris, left the band and created their group called Isley-Jasper-Isley. The group one had only one well known hit, “Caravan of Love”. In 1986, O’Kelly Isley suddenly passed away from a heart attack. The Isley Brother’s did not release music for a while after his passing. Rudolph Isley, announced that he would be leaving the group in 1989 to go into ministry. However in 1991, Ronald, Ernie, and Marvin Isley reunited. The reformed the group under the name “The Isley Brothers featuring Ronald Isley”. The group released the album Mission to Please in 1996, but a year later Marvin left the group due his complications with diabetes. Ronald and Ernie continued to make music together releasing the albums Eternal (2001), Baby Makin’ Music (2006), and Body Kiss (2003). Baby Makin’ Music reached #1 on the Billboard R&B albums chart, and #5 on the Billboard Top 200. Ronald Isley was convicted of tax evasion charges in 2005 and served his sentence until he was released from prison in 2010. Marvin Isley died in 2010 due complication from diabetes. Ronald and Ernie still record under the Isley Brothers name. Their latest release was in 2017.

The Isley Brother’s have made big contributions to R&B and Hip-Hop music and influenced many other artists.Their most notable influence is when the Beatles released their version of “Twist and Shout” which closely copied the version the Isley Brother released. In the 1990’s, a few Hip-Hop artists sampled the Isley Brother’s music in their songs. The Notorious B.I.G. sampled their song “Between the Sheets” in his song “Big Poppa”. Ice Cube sampled “Footsteps In The Dark Parts 1 & 2” in his song “It Was A Good Day.” Along with being an Influence in Hip-Hop music, the Isley Brothers influenced many R&B artists including R. Kelly, Raphael Saadiq, Jill Scott, Aaliyah, and Keith Sweat. Later in their career, the Isley Brother’s worked with R.Kelly on their album Mission to Please and R.Kelly’s song “Low Down.” Keith Sweat, Raphael Saadiq and Jill Scott have also collaborated with the Isley Brother’s. The Isley Brother’s legacy still lives and their work does not go unnoticed. They were inducted in the Rock and Roll Hall of Fame in 1992, received the Grammy Award for Lifetime Achievement in 2014, and were inducted in to the Grammy Hall of Fame in 1999.