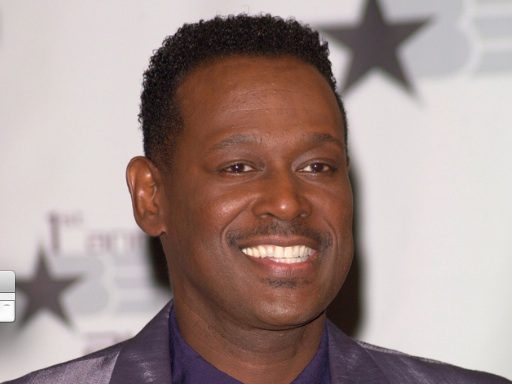 Luther Vandross was born in New York City on April 20, 1951. He was the youngest of four children. Luther grew up listening to gospel, soul, and doo-wop. His older sister was a member of a doo-wop group known as the Crests, which inspired him to pursue music as well. He began writing and composing and formed his own band in high school. Luther was said to have had effortless vocal control and a minimalist style.

His first big hit was ” Everybody Rejoice ( Can You Feel a Brand New Day)” which was used for the Broadway stage and film production of ” The Wiz”. Before he made his way up the charts, he sang commercial jingles and backup vocals for artists such as Chaka Khan, Barbra Streisand, and Donna Summer. For a brief moment, he was a member of a singing group known as ” Luther” with Nile Rodgers and Bernard Edwards. Soon after the group separated, he returned to background singing for Quincy Jones and others.  At 30 years old, Luther recorded his first solo album which included a popular song ” Never Too Much “.  In 1989, his single ” Here and Now” secured his role in the love song genre.

Luther Vandross dealt with many trials with his health. He was a binge-eater and his weight flucuated between 190-340 lbs during his adult life. He suffered from diabetes, the same form that took the life of his father when he was eight years old. At the age of 52, he suffered from a serious stroke and passed away two years later at the age of 54.

Luther Vandross wold more than 20 million albums worldwide. In his lifetime, he received eight Grammy awards and eight American Music Awards, seven of which were for Favorite Soul/R&B Male Artist. His final album ” Dance with my Father” was number one on the billboard 200 in 2003. It yielded him three grammys and song of the year for the title track. He influences romantic artists such as Kenneth “Babyface” Edmonds. Luther Vandross was considered a pioneer in soul ballad of his generation.