In simple terms, The Great Awakening was a period of religious revival that swept the American colonies in the mid-eighteenth century, beginning in 1740. This time period was a prerequisite for the birthing of the Negro spiritual. 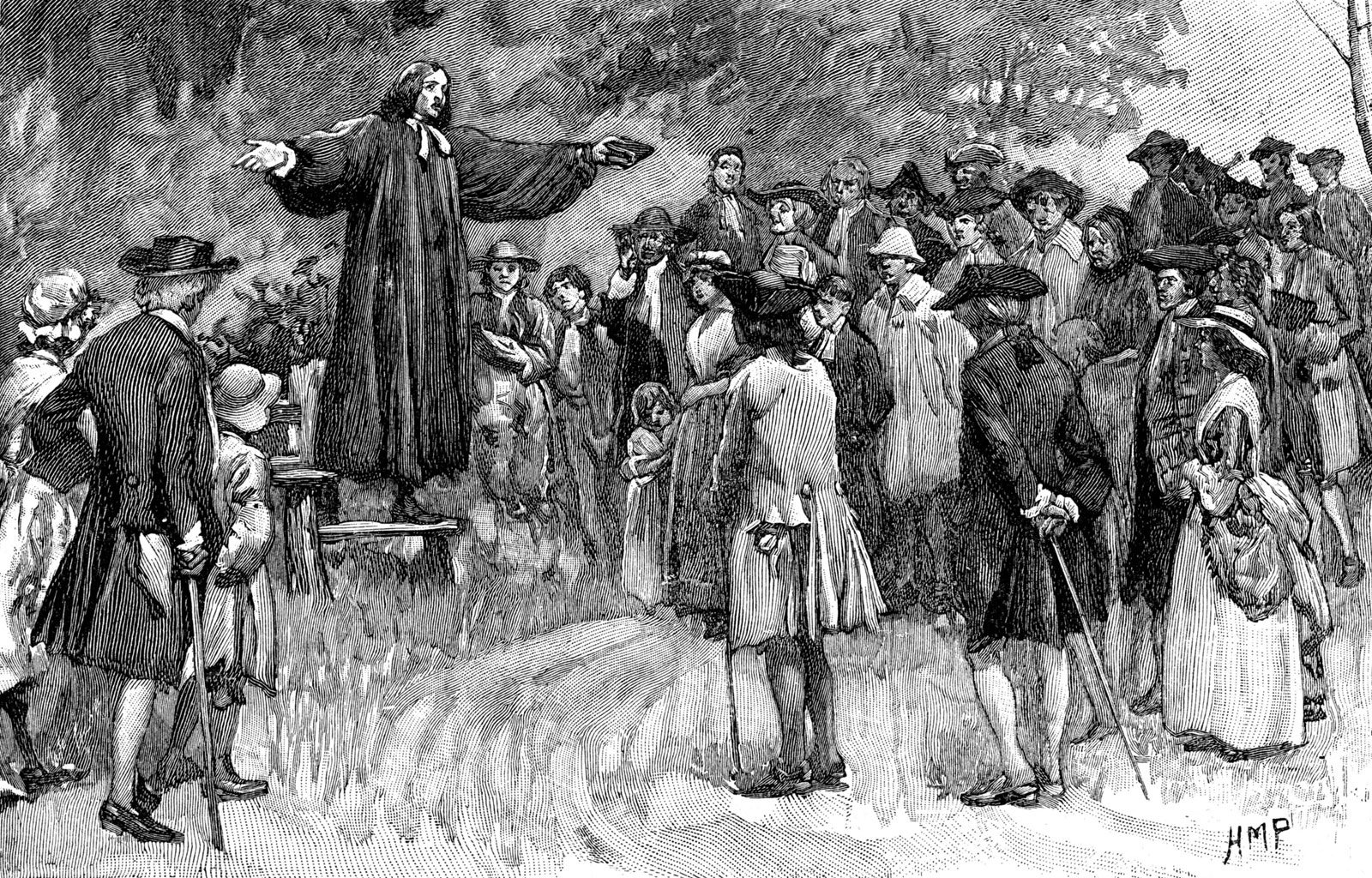 While most documentation of the Great Awakening leaves out the African American history, as pictured in the image above, enslaved people had a vital part of these revivals and their own conversion to Christianity. As a result of the revival movements, many Americans abandoned the hierarchical religion of their ancestors for a more egalitarian, or equal, God who offered more immediate salvation. Fearing the Christian message of spiritual equality, slave owners initially resisted evangelicals preaching to those enslaved, but as the revival movement spread, a few even came to consider it their Christian duty to teach their slaves about the Bible. Unwelcomed to commune with their white counterparts, slaves often worshipped in secret in defiance of laws that prohibited their assembly without white supervision.

The first generation of African American ministers came from the revival movement. George Liele and his students, Andrew Bryan and David George built the first black Baptist churches in Georgia and South Carolina. The black Baptist church excelled in the British occupied Charleston and Savannah. Within these black Baptist churches, they would sing songs we know now to be Negro Spirituals. These songs carried many of the church services and are hymns that we still hear in many black churches today. After the war, the reach of Liele’s ministries was extremely impactful. George Liele moved to minister in Jamaica with the Loyalists and preached regularly to 350 people or more. David George started seven churches in Nova Scotia and then went to Sierra Leone to began another baptist church. Andrew Bryan’s first church of Savannah had grown to 700 members by 1800. Although the early leaders were men, their congregations consisted of mostly women, and a lot of those women to lead in the conversion aspect.