Rhythm and blues (aka R&B or RnB), a popular music genre combining jazz, gospel, and blues influences, is a musical term for post-war musical chart listings which mainly encompassed the rich and varied folk music of the African Americans as well as other Americans. First performed by African American artists, rhythm and blues became the biographical mirrors of work songs, ballads or lyrics from minstrel shows, church hymns and gospel music, and some of the secular music of America in the 1900s. The combination of rhythm and blues brought forth the manifestation of particular emotions by the singer or lead instrument in reflections of the very melodic and soulful “blues” with an accompaniment of “rhythmic” concentration and force.

History of The Four Tops

The Four Tops were a vocal quartet from Detroit, Michigan, composed of Levi Stubbs, Abdul “Duke” Fakir, Renaldo “Obie” Benson, and Lawrence Payton, who were instrumental in defining Motown’s distinct sound during the 1960’s. The quartet was one of the longest-lived lineups of the era; they went over 40 years without a personnel change. Four Top’s started their journey together in 1953 when they became close in high school. The groups original name was, “The Four Aims,” after being signed to Chess records in 1956 they became The Four Tops. For many years the group constantly changed labels until they finally got an offer in 1963 and was signed to Berry Gordy’s Motown label. After, being signed with Motown the group flourished and became leaders in the Pop and R&B charts. During their time at Motown they also had the opportunity to release 3 albums and a hit single in collaboration with the Supremes. The hit single River Deep Mountain High in 1971 ranked no.7 on the R&B charts and no.14 on the Pop charts.

R&B is one of my favorite genres of music and researching it has truly allowed me to understand the history behind it. The group, The Four Tops were a very influential part of the history of R&B and were icons in Motown Records. They traveled the world, touring participating in over 100 performances every year and even did some work with the Temptations on Broadway. Overall, I think that the Rhythm and Blues genre will continue to grow and evolve with new artists to come. 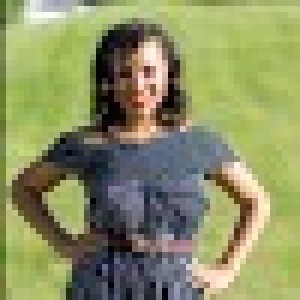 ABOUT DETROIT TECHNO Though many people associate techno music with the dance floors of Europe, the futuristic dance music that became known as techno was

History of Funk Funk, rhythm-driven musical genre popular in the 1970s and early 1980s that linked soul to later African-American musical styles. Like many words emanating from the African-American