The Evolution of
New Orleans Jazz

New Orleans was a melting pot that engendered the Jazz sound.

New Orleans is commonly known as the birthplace of Jazz music. Jazz music was a product of a diverse New Orleans. It encompasses influences from French, Caribbean, Spanish, African American, and Creole-individuals of mixed French  and African ancestry- cultures. New Orleans was initially a French territory. The territory was surrender to Spain in 1763 only to be returned to the French in 1803. After gaining the territory back, the French sold it in the Louisiana Purchase to the United States. The French left behind a party culture characterized by frequent festivals and the consumption of alcohol.  African slaves were exported to the area influencing the culture as well. The influx of Africans gave rise to the Congo Square, which was a safe space for enslaved Africans to showcase the sounds of their culture. Slaves were allowed to preserve their drumming and African dance in Congo Square. As time progressed, slavery was terminated, and the city of New Orleans was left with a diverse population. In New Orleans, the neighborhoods and ghettoes were not solely characterized by race, but income. This then meant that whites lived next to blacks and blacks next to creoles. This caused an intermingling of cultures, constructing  a distinct and unique culture that could only be that of New Orleans. 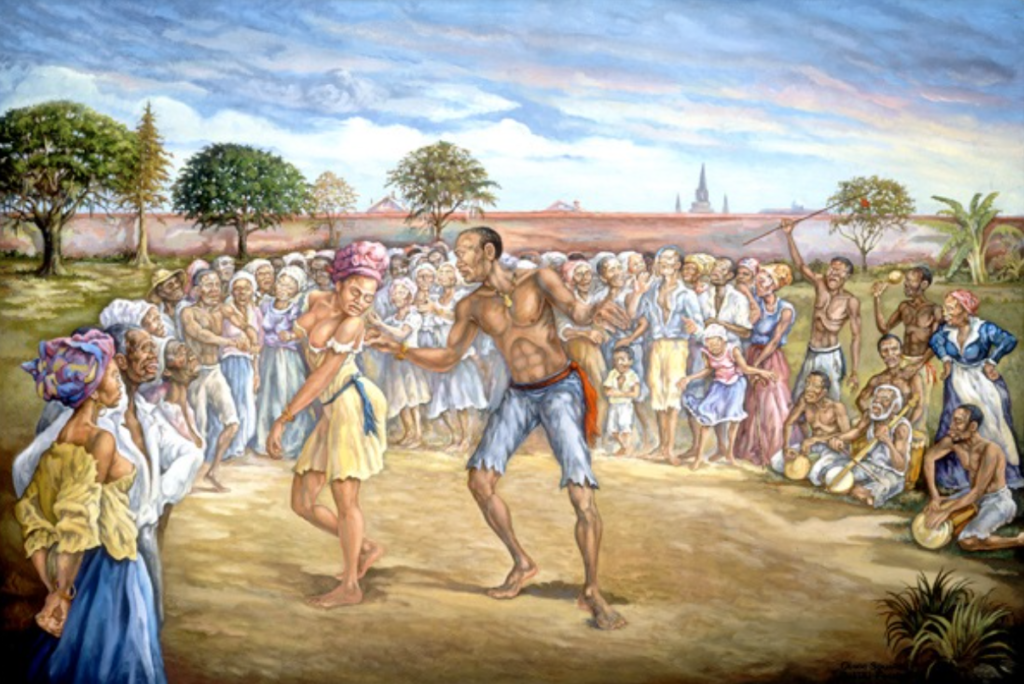 The Evolution of
NOLA Jazz

New Orlean’s Jazz is primarily a product of African American influence on the city. During the 1890’s and early 1900’s, Blacks in NOLA had popularized the brass band. The party culture of New Orleans required for there to be a brass brand for all events on all occasions. The emergence of Jim Crow united Blacks and Creoles causing the brass band sound to mesh with a classical more disciplined one. Charles “Buddy” Bolden further developed the sound. He increased the tempo, and incorporated some aspects of the Blues. For this he is now considered to be the first Jazz musician. New Orleans Jazz was born, and was characterized by polyphony, which is the playing of single notes and instruments simultaneously with no soloist. This polyphonic sound encompasses the use of the cornet, clarinet, and trombone. 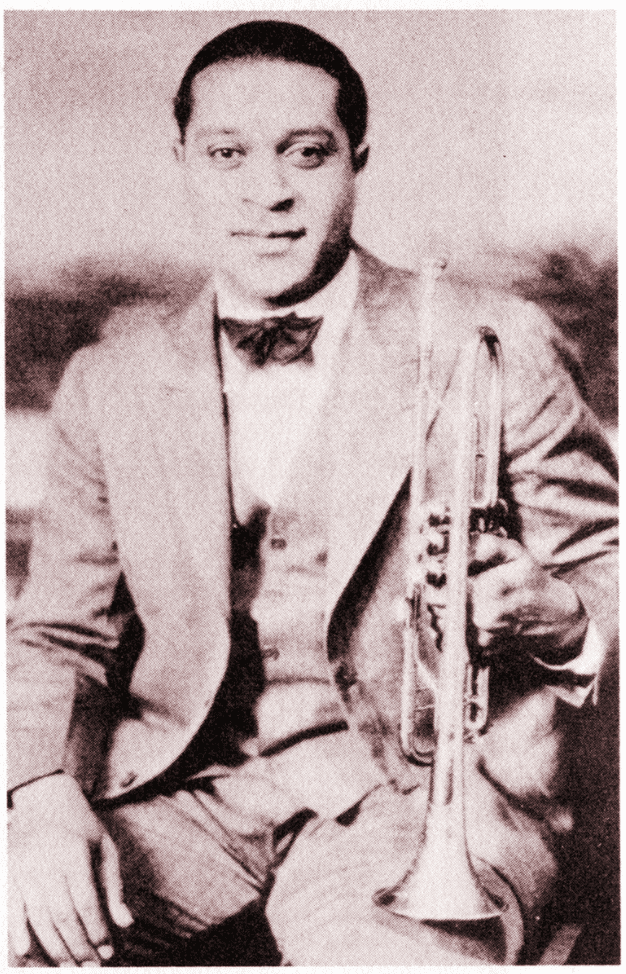 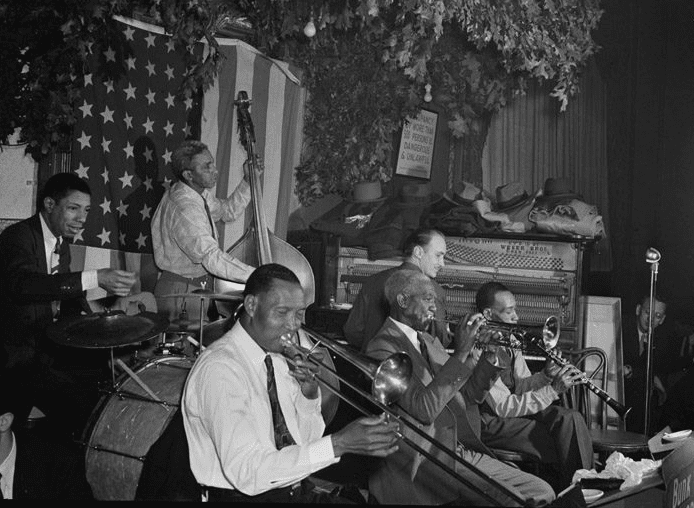 As Jazz in New Orleans evolved, the brass band did the same. The brass band evolved to become a core component of the second line parade. The second line parade is utulized on all special occasions just as the brass band was, but the second line is most prominent in funerals. The name is derived from the structure of the parade; the first line is composed of those who are the purpose of a celebration or funeral-family of the deceased, bride and groom,  etc- and the brass band. The second line is simply those who follow behind making the parade. Tradition is to follow the band and first line if it passes you to show solidarity for the dead or joy for any other celebration. Those who follow usually “second line” which is a rhythmic type of dance walking behind the first line. Participants may also be seen carrying decorative umbrellas to contribute to the celebration. This tradition contributes to the party culture the French created, and is rooted in the creole and African American culture that is Trad-Jazz. The second line tradition is a product of the rich genre the city created; it is the NOLA sound.