The Evolution of Hip Hop Through the Decades 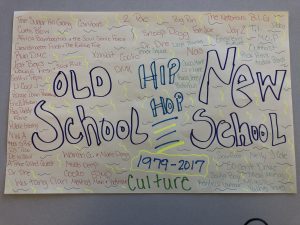 Hip Hop encompasses a wide range of performance expressions including graffiti, break dancing, DJ-ing, and rapping. Hip Hop first emerged in the early 1970s in NYC Burroughs, and by the 1990s hip hop had become an internationally recognized cultural phenomenon largely due to the popularity of rap music. Rap daws from the cultural and verbal traditions of African Americans. Socioeconomic conditions in parts of the Bronx and Harlem in the 1960s and 1970s shaped the aesthetics and activities of early hip-hop.

Hip Hop culture is a youth-focused expression that encompasses rapping, DJ-ing, clothes, attitude, graffiti, and Black urban language. Regional styles of hip hop include the west coast, east coast, and the “dirty” south. The hip hop landscape changed as more areas claimed a stake in defining it, and as communities nationwide began to develop and support their own local hip hop styles. 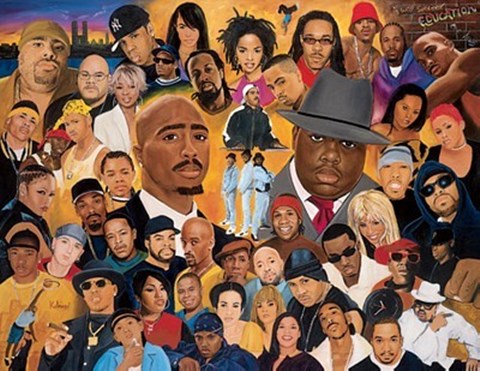 Old school hip hop is the period from 1972 -1984 when rappers relied on live performance and word of mouth. New school hip hop was the second wave of hip hop music which occured in 1985. .The Golden age hip hop period was an innovative period between the mid-1980s and the early 1990s. Notable bands included Public Enemy and A Tribe Called Quest. Gangsta rap is a subgenre of hip hop that reflects the violent lifestyles of inner-city American black youths.

Struggle and conflict defined hip-hop in the 1980s and 1990s. However, by the 21st century there was little controversy in hip hop. Notable hip hop artists include 2Pac, Biggie Smalls, Jay Z, 50 Cent, N.W.A,, Missy Elliot, Lil Kim, and Nas to name a few.

Hip Hop’s history of transformation is a story of movement, friction, and conflict. It exposed societal issues and controversies of urban street culture that were once kept within the Black community. Through hip hop, the outside world could be shocked and entertained by these controversies. Women artists, producers, and writers devised ongoing strategies to remain viable and respected in a community where they traditionally had been on the outside.

The evolutionary narrative of hip-hop symbolized the ongoing drama of the divergent, yet interconnected people that made up the late 20th century American society.