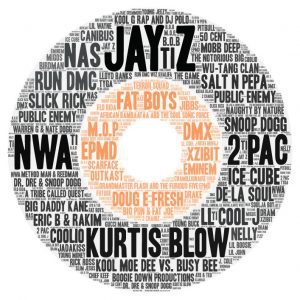 Hip Hop Music music originated in the early 1970s and continues to evolve to the present day. Hip-hop is a creative expression, sensibility, and aesthetic that first emerged in largely African American, Afro-Caribbean, and Latino communities in the Bronx. By the early 1970s, Hip Hop music had spread to other areas of New York City. Hip Hop is a civilization that encompasses a wide range of performance expressions. Components of hip-hop music include rap, breakdancing, graffiti art, and street types of sports games. Of those, the most celebrated component of hip-hop is rap music. Rap is a popular African American dance musical style usually featuring an MC, who recites rhymed verses over an accompaniment created by a DJ or pre-recorded tracks. Hip-hop is a civilization that boiled over into a movement and culture. Hip-hop as music and culture formed in New York City when block parties became increasingly popular. Block parties were very common in the Bronx among African American communities.

Early evolution of hip-hop started when sampling technology and drum machines became widely available. Prior to the 1980s hip-hop was pretty much confined to the United States, however, during the 1980s the genre began to spread and was represented in numerous countries. New school hip-hop was the second wave. Originating in 1983-84 artists like Run D.M.C. and LL Cool J began to make appearances. The Golden age hip-hop period was an innovative period between y=themid-1980s and the early 90s. Over those years, hip-hop began to diversify with other regional styles such as Southern rap and Atlanta hip-hop. Hip-hop became a best-selling music genre by 1999.