As far back as African-American culture reaches, a soundtrack of amazing music has followed it. During the slavery-era, the enslaved Africans would create music between each other while they were out on the fields. This music was a series of calls they would echo back and forth to each other. The songs they would sing were usually about overcoming hardship, endurance and faith, and the freedom they knew they deserved. After the Civil War ended, the newly freed slaves continued to sing songs about their newfound freedom and all the work they had ahead of them. This type of music became known as Blues Music. During this period, the blues that were being sang were actually referred to as “Folk-Blues.”

The genre of folk music has a long history in the United States. The songs in this genre were originally negro spirituals sung by slaves about their trials and tribulations in life.   Though most folk music has been altered to fit into the modern world, female black folk singers, such as Odetta, helped to reintroduce it to the black community by demonstrating how it could be used to express the relatable experience of the new generation black Americans, especially black women.

Who Is Odetta Holmes & What Was Her Legacy?

Odetta Holmes was born in Birmingham, Alabama on December 13, 1930 to Flores Sanders and Reuben Holmes. When her father died in 937, she and her mother relocated to Los Angeles, where she started studying classical music at the age of 13 and went on to receive a bachelor’s degree in the same field from The College of Los Angeles City. Odetta debuted professionally in 1944 as a member of the Hollywood Turnabout Puppy Theatre, where she worked for four years with Elsa Lanchester.

Odetta didn’t appreciate her voice or the folk music genre until she went on a road trip to San Francisco in the 1950s, after years of playing with various groups. While on the road in San Francisco, she became known for her ability to play the guitar and her distinctive voice, which she used to sing a variety of genres ranging from folk to ballads to blues. Odetta’s music touched the hearts of African American men, women, and children with over 35 songs and 30 albums.

Martin Luther King Jr. dubbed her “The Voice of the Civil Rights Movement” for her heartfelt performances and political stances. In 1963, Holmes went on to appear at a march in Washington, where she sang “O Freedom.” Her powerful vocals and spiritual links to her people made her not only a musical icon, but also a savior and a symbol for her people. Odetta’s career was centered not only on folk music and her connections to the music industry, but also on her ties to the African American community, both those who came before her and those who would come after her. Odetta Holmes died on December 2, 2008, and was unable to appear at Barack Obama’s inauguration. 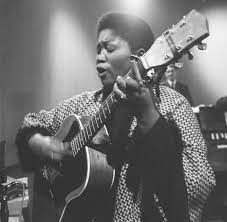 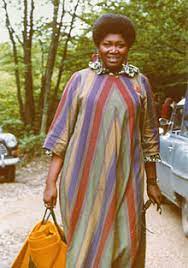 The banjo is a popular folk instrument. The banjo is a musical instrument that originated in Africa. One of the first Banjos was identified by Richard Jobson, a British merchant who visited Africa in 1620-21. Jobson identified a gourd instrument with a neck fastened to it and up to six strings. The banjo was common in the Caribbean and on the mainland of North America. The banjo is known by a variety of names, including banza, banjah, bandore and banjar. In addition to the banjo, the drums, harmonica, and guitar were other commonly used instruments in folk music. 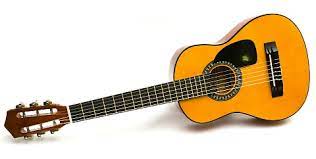 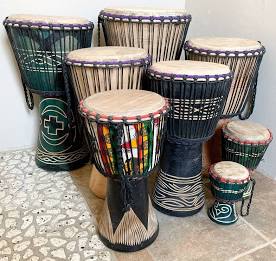 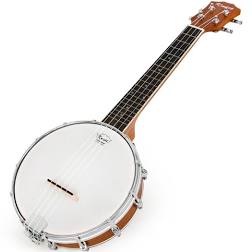 "The blues is celebration, because when you take sorrow and turn it into music, you transform it"